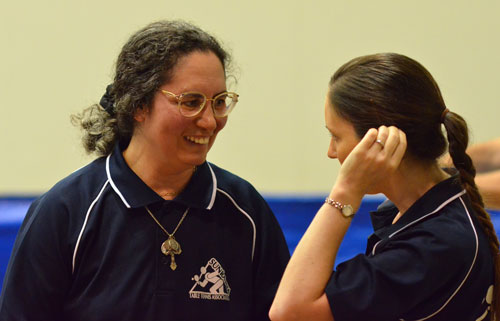 After deliberations over two days and some difficult decisions, the final team lists are now in.

Notable changes for the new Summer 2012 Pennant season are :

Some interesting moves throughout all Grades :

The return of regular No. 1’s Gavin Carmichael, Mark Ljubic and Andrew Cannard should make it a very competitive aggregate race. Wayne Carmichel has postponed a hip op till next Season and will be determined to defend the Aggregate. Mark & Joel Dorman will share the No 1 role at Weightman’s over the Summer Season.

Darren ‘Hurricane’ Robinson returns to senior competition for the first time since the 80’s as a No 2.

Daniel Jansen returns to P1 as a No3 after playing the Winter season in P2. Sony Sefer makes his debut in P1.

Ross humphreys & Seval Fuat move up to the No 1 positions in their respective teams.

Bernadette Fitzpatrick & Matt Ljubic make their debut’s in P2 after both having eyecatching Winter Pennant 3 form. Nick Barlow returns after a Winter layoff.

Lachlan Kelly, Sabrina Fitzpatrick, Nicholas Dorman & Jeremy Corrin all get promoted to the No 1 spot in their respective teams.

Karly Leach & Brian Hosking get promoted to the No 2 spots.

Matt Johns, Ryan & Sam Hensgen make their debuts in P3 as No 3’s.

Cole Keegan get a promotion to the No 1 spot and Andrew Lewis returns after missing the Winter Season.

Helen Frania & Ellie Midgley move up to No 2 positions in their respective teams. Josh Carmichael debuts in Senior Comp as a No 2.

Thu Sep 10 , 2015
Yes the larrikin’s were back to make the night interesting. And Karina just loves to torment Gary. Tactical Warfare: Kevin Johns slotted in nicely both as a No 3 and Chief Strategic Officer. Curious onlookers … and then those with a story to tell.  Mark Dorman summoning powers from above […]