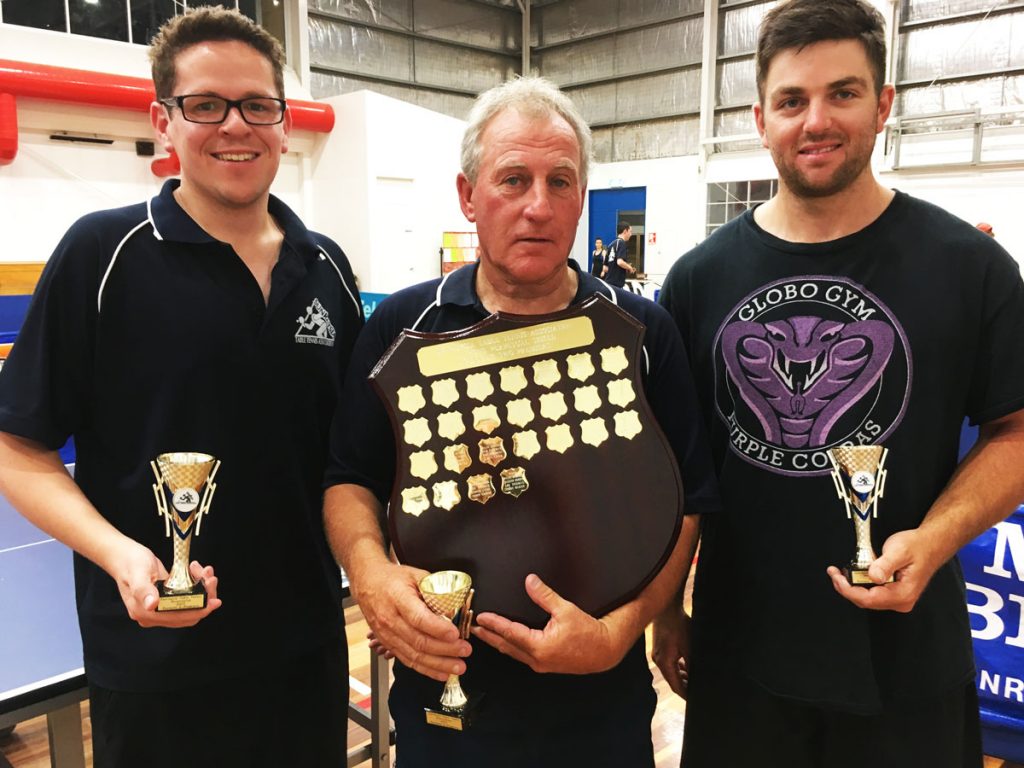 PINNACLE PACKERS KEPT THEIR WINNING RECORD INTACT AGAINST MALLEE BEARINGS, AS THEY SWEPT TO VICTORY IN THE GRAND FINAL.

The only three matches Mallee Bearings lost this season were at the hands of Pinnacle Packers, so they went into the season finale psychologically on the back foot.

Further, this was the third time in four weeks they had played, and lost to Pinnacle Packers, and it seemed as this match progressed, they were mentally tired.  The one week they did not play Pinnacle Packers they played Weightmans Packaging in a topsy-turvy preliminary final match which taxed their emotions.

And of course, the opposite was true for Pinnacle Packers.  Coming off those two wins, round 10 and the first semi final match, they had had a week’s break, and so they came to this match fresh.

It seemed that Geoff Wright and Andrew Jones had barely started their match, that it finished, Wright running through Jones 4, 6 and 3.

Brendan Alderton reminded Peter Midgley that on their last meeting, the aggregate runner up had fallen to him in five sets.  Alderton ground away once again, and this time Midgley fell in four sets, Alderton winning 14-12, 11-9, 6-11, 12-10.

Midgley and Clark won the first set of the next rubber, the first doubles, 11-6, and just for a moment it seemed that there was a distant chance of a comeback.  It was not to be, as Wright and Alderton hit their stride, taking the next three sets 8, 5 and 5.

At four love down, victory seemed a remote possibility, however, Quentin Clark did not think so.  Clark played magnificently against the much better credentialed Geoff Wright in the fifth rubber.  Wright led two sets to love 11-7, 11-6, and went into the third set at half throttle.  Clark seized his chance taking the set 11-8.  Wright got his mind off the grand final trophy in the fourth, but Clark now had a head of steam and held Wright off again, winning the fourth 13-11 to take the game to the fifth set.  The fifth set was close, however Wright held the advantage and was happy to see the number three off with a score line of 11-9.

James Chick, Pinnacle Packers number three, was drawn to play Mallee Bearings captain Peter Midgley in the next rubber.  Nothing had gone (w)right? for them in the match so far, and this rubber proved no different.  Under no pressure, Chick played a relaxed game, and at the end of three close sets, victory was his 16-14, 11-8, 13-11.

A deserved win to Pinnacle Packers, who were off the radar most of the season, as they played second fiddle to their opponents here, ladder leaders Mallee Bearings.  The Packers took the minor premiership after winning in the final round, and from that point on, they looked the team most likely to take the premiership.