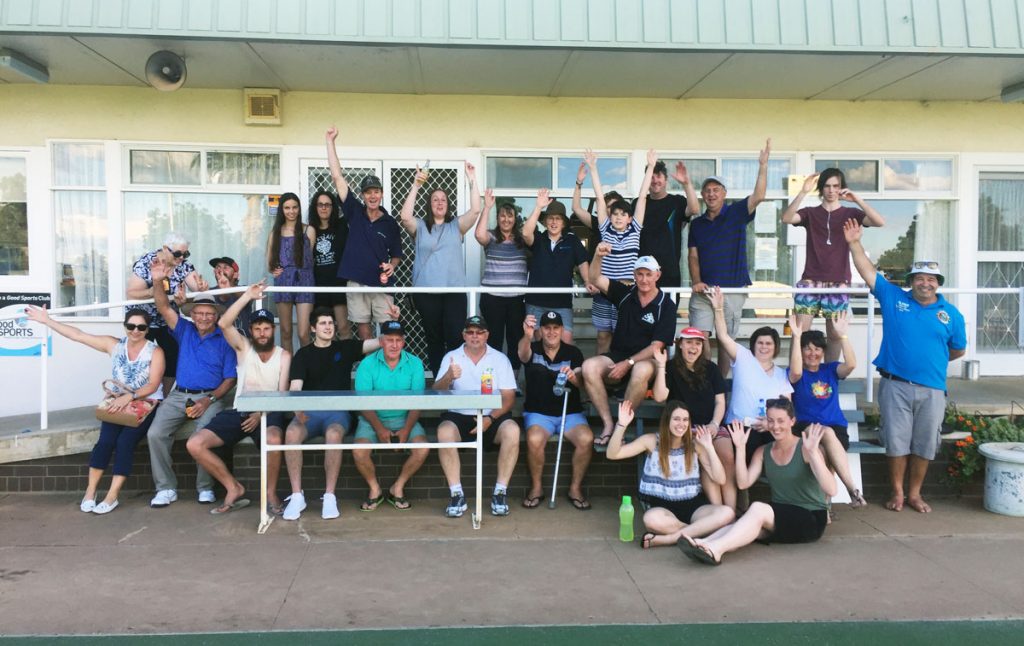 Sunraysia Table Tennis Association held a social day on Sunday 19th November at the Merbein Bowls Club. Attended by 30 plus members the bowling quality was slow to start with but soon heated up with members determined to continue their rivalries onto the bowls rink. 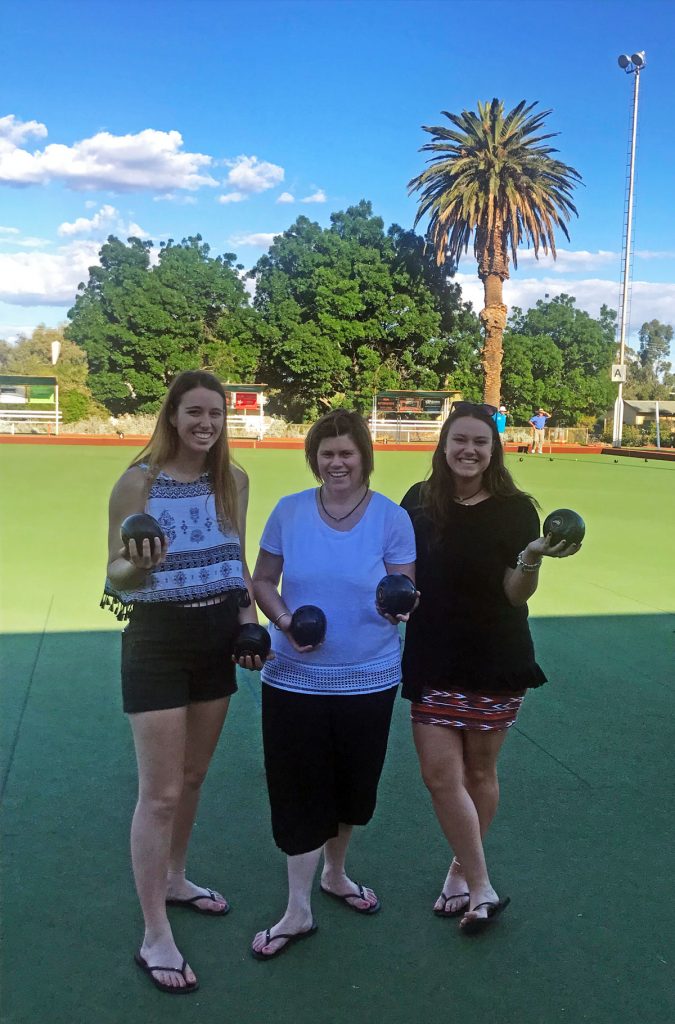 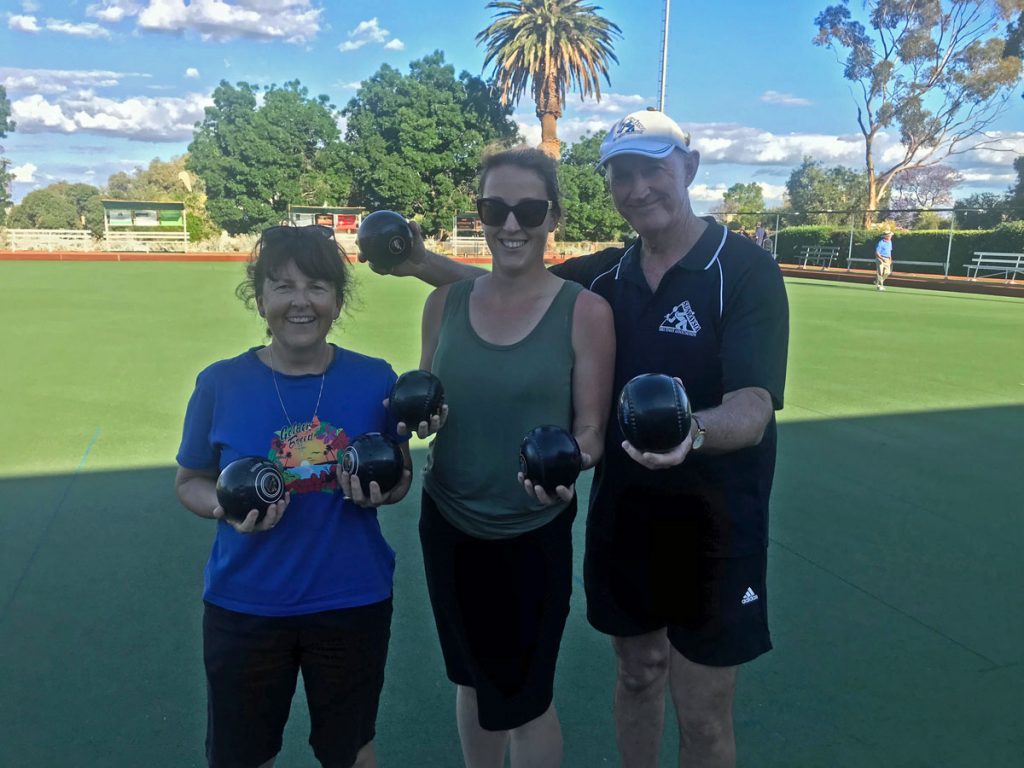 No pressure on Mark but with the Dorman name having a long affiliation with the Merbein Bowls Club, much was expected from the vice-president. 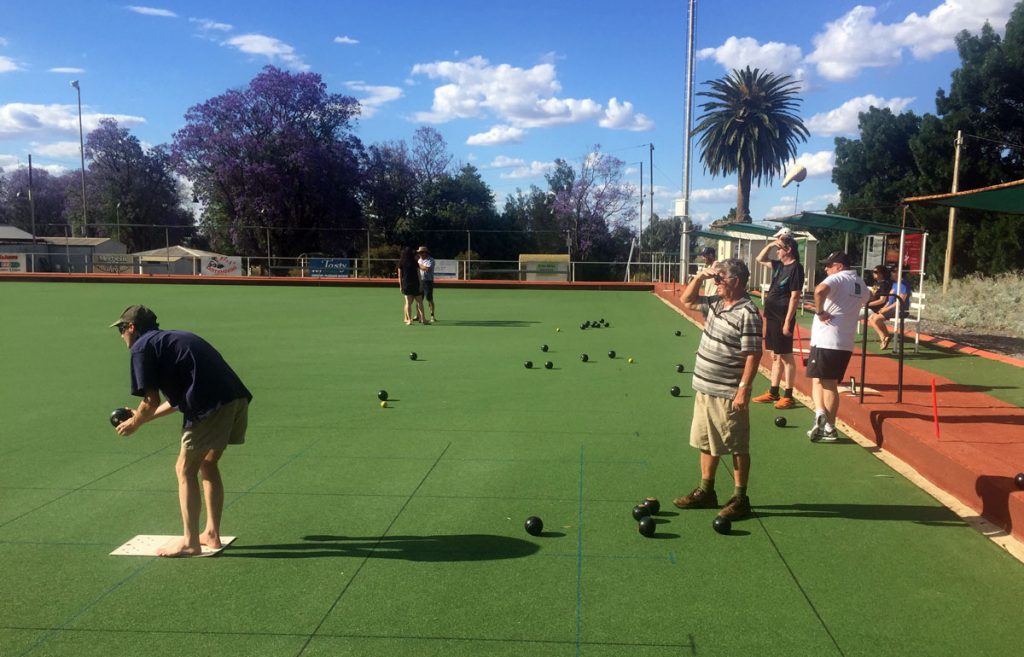 Gordon Wallace (yes Kerry’s dad) seen here giving Russell Walder some advice on direction, grip, footwork, distance, speed, action etc …. Russell did manage to nail a few but seemed to have trouble at the Southern end. Something about ‘Those bloody balls keep going straight …. Why arn’t they turning anymore?’

Ari settling into some snacks whilst Nikki watches on. On the right you see Mark Ljubic (President) sending one down. The story goes that Ljuber spent more time on rink 1 and not rink 2 where he was actually playing. We saw bowls hobbling end to end and heading in all sorts of directions. Bowls club social club committee were heard murmurring: ‘That bloke may need to stick to table tennis’. We must remember that Presidente hits off a handicap of 12 in golf so we are thinking it wouldn’t take too long to sharpen his bowls action

Kitty Kat watching from the sidelines with Hillary Johns. Kate and Lee were opposed to each other and Kate seemed to be rather annoyed that Lee picked the game up so easily. Gordon Wallace also seen giving Russell some more advice. 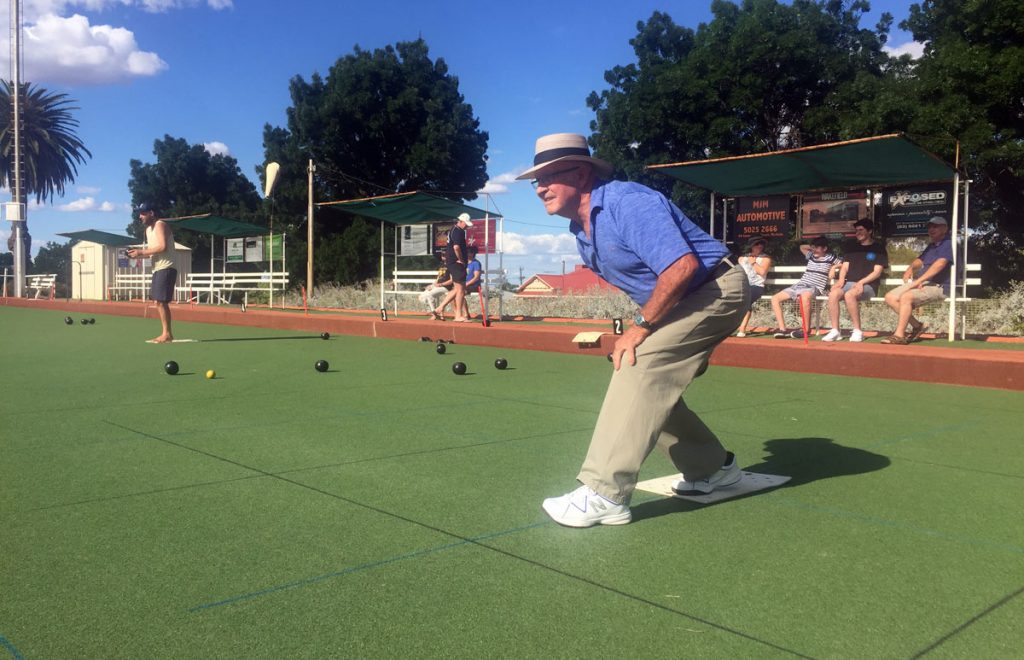 Kevin Johns left to clean up the mess. With Ari sent to the sin bin for failing to follow the etiquett’s of bowls, Hurricane Robinson came in as a sub for Nikki. Kev told Robbo to just play for position. With their side holding shot and overall scores sitting at 2 all the game was tight. Hurricane had other ideas and after having flashbacks of ABC’s Jack High show from the 80’s and 90’s he decided that the spirit of a Rob Parrella and Ces Arbuckle were flowing through his veins. He decided to drive the bowl, creating carnage at the other end. The result was he knocked out his teams shot bowl and any others close by. The team went from one up to 3 down …. Kev was not amused commenting:  #%@## Robbo, cant follow instructions, always has to do it his way! 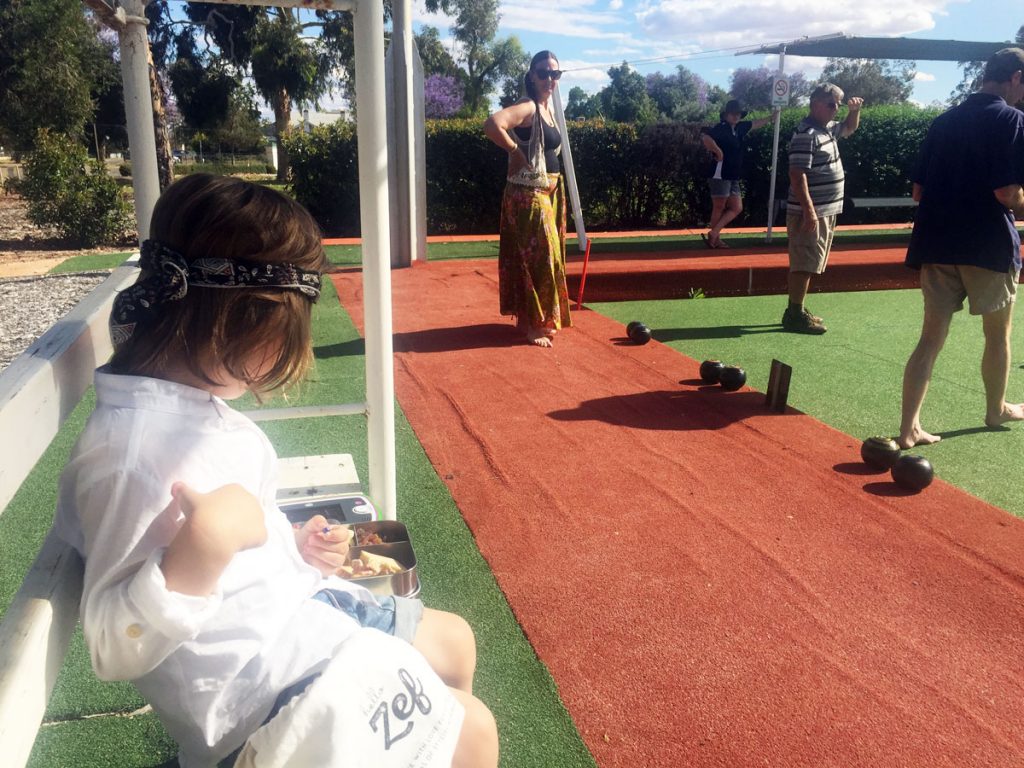 Ari in the sin bin with Nikki not amused 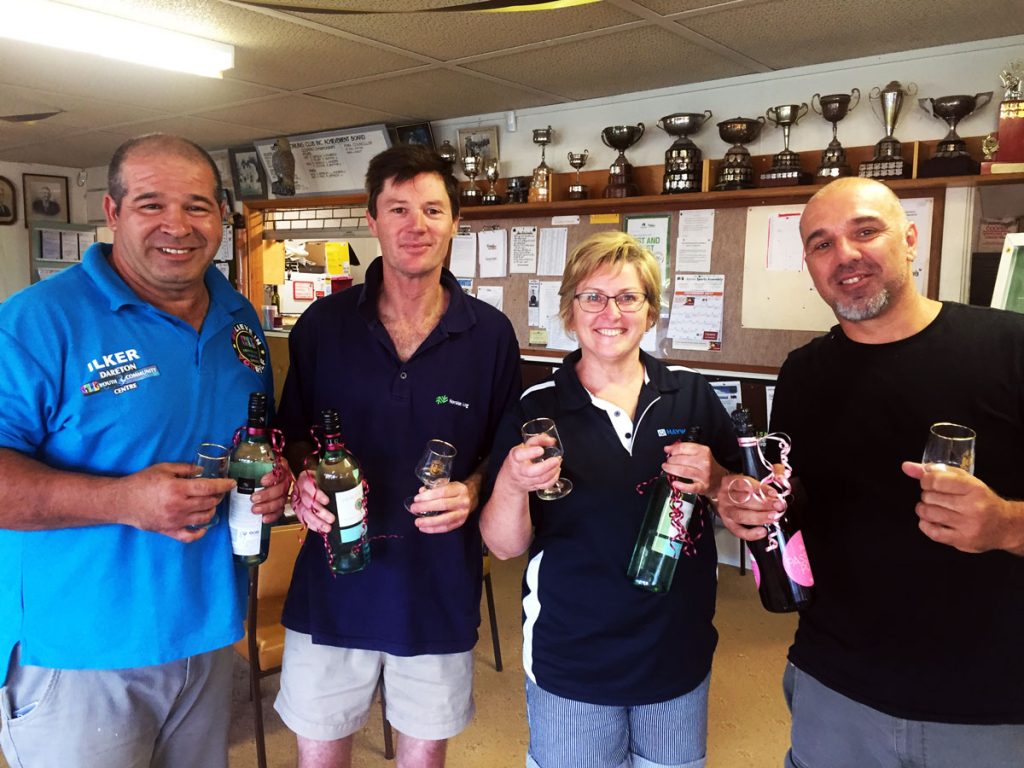 Winners are Grinners … Ilker, Russell, Lee and Sony put on a show of some good bowls mixed in with plenty of other not so good bowls. A 12 – 2 result meant a total of 38 pts pipping out Shannon, Dave and Jacinta on 37. 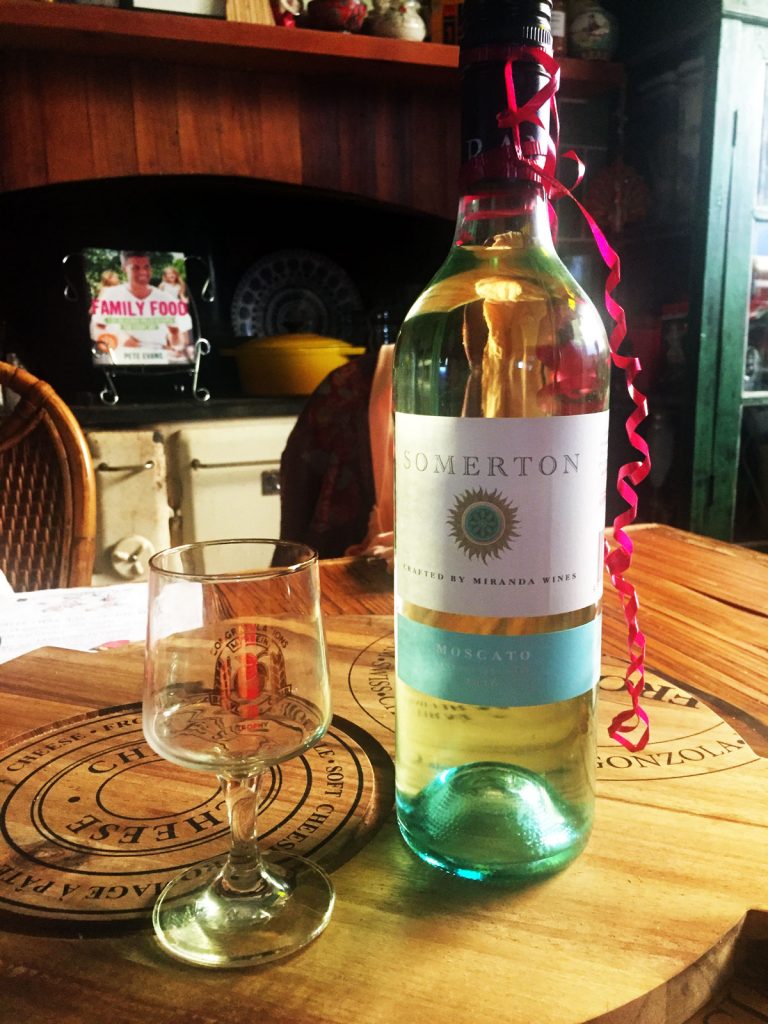 The spoils of victory …. Sony sent this pic to Robbo to remind him of that brain fade moment which cost his team 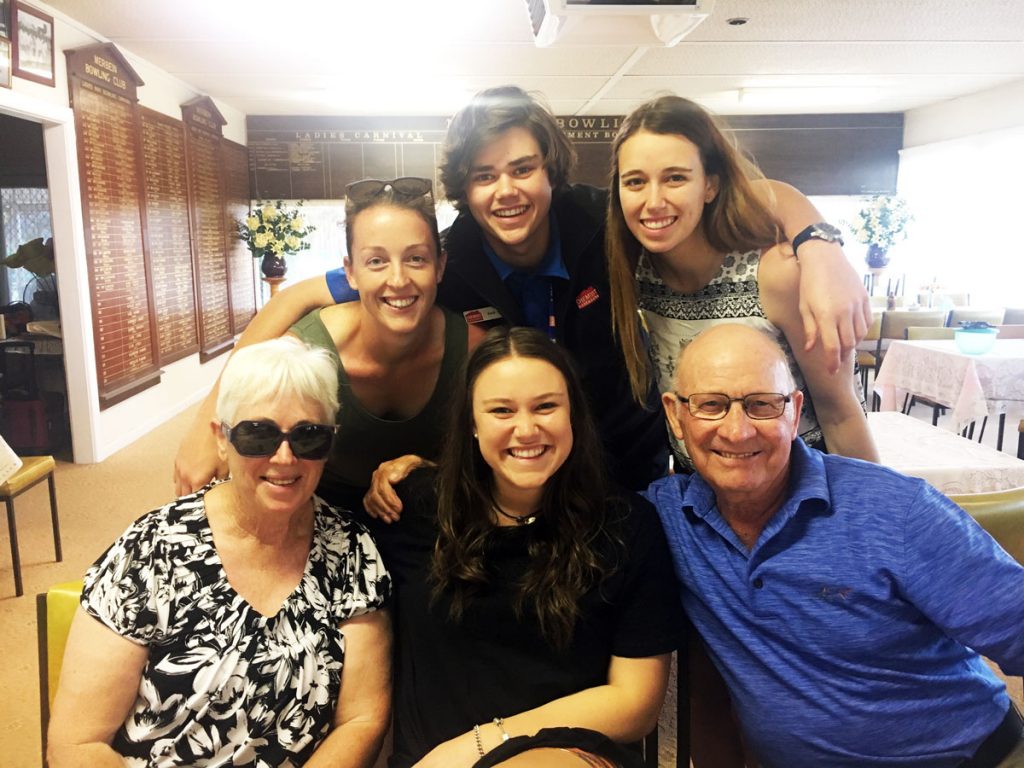 Kev and Hillary with the Carmichael and Dorman clans …. Look at Kev’s face: Like a pig in mud as they say 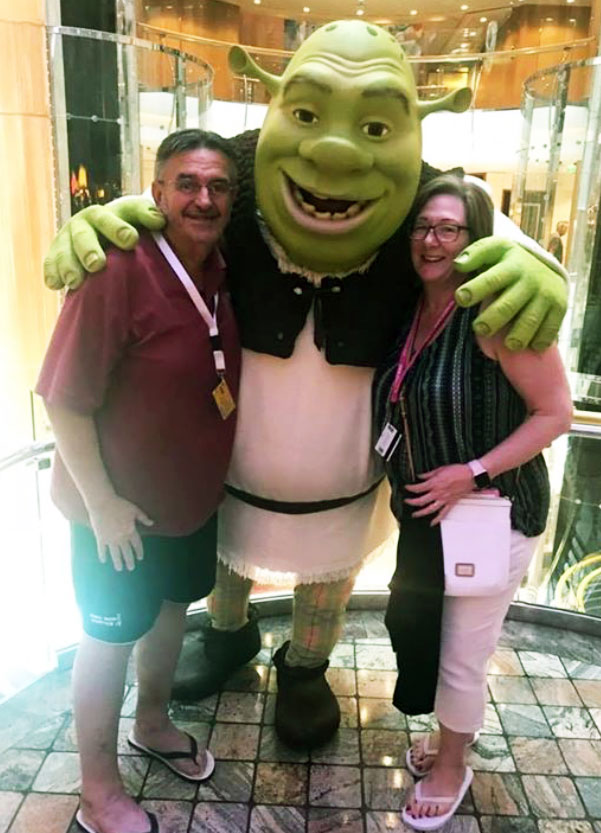 And you may be wondering where Richie was during this battle royale on the greens of Merbein? On the east coast of Australia living out his childhood dreams. And yes in the morning he did make Colleen some waffles.

Thu Nov 23 , 2017
PENNANT ONE: ED HUNGS’ ON!   WITH ONLY 2 ROUNDS TO GO BEFORE FINALS IN THE SUNRAYSIA TABLE TENNIS ‘CASH CONVERTERS’ 2017 PENNANT, A VERY CLOSELY CONTESTED SET OF ROUND 9 MATCHES  WAS PLAYED OUT WITH THE HIGHLIGHT BEING REGIONAL TAXATION SERVICES ED HUNG PULLING AN 11TH GAME DECIDER TO DEFEAT […] 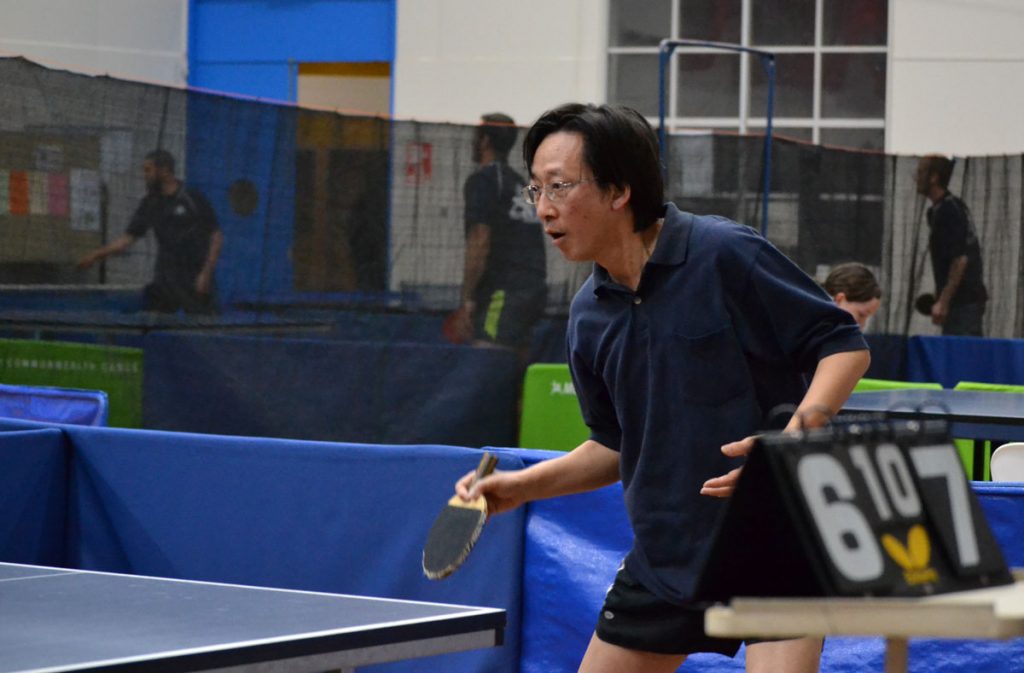