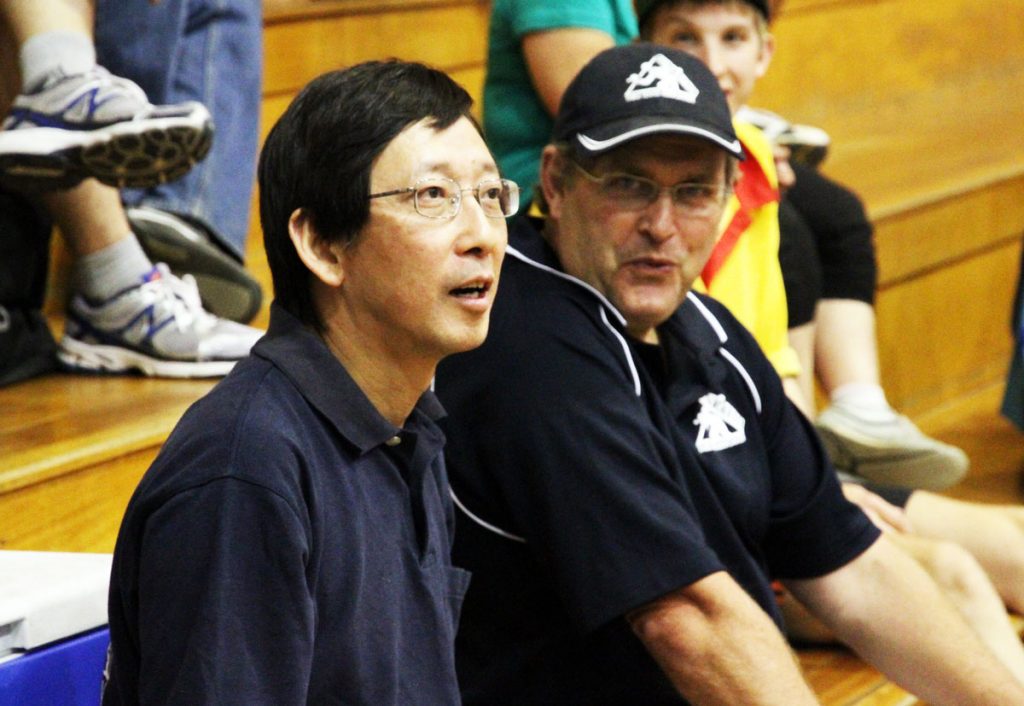 WITH ONLY 2 ROUNDS TO GO BEFORE FINALS IN THE SUNRAYSIA TABLE TENNIS ‘CASH CONVERTERS’ 2017 PENNANT, A VERY CLOSELY CONTESTED SET OF ROUND 9 MATCHES  WAS PLAYED OUT WITH THE HIGHLIGHT BEING REGIONAL TAXATION SERVICES ED HUNG PULLING AN 11TH GAME DECIDER TO DEFEAT CASH CONVERTERS KEVINS JOHNS IN 3 SETS. IT TOOK HIS TEAM TO A 6-5 WIN. THE VICTORY MEANS THAT REGIONAL TAXATION SERVICES NOW SECURE SECOND SPOT AND THE DOUBLE CHANCE.

Earlier in the night, the taxologists Shannon Bowen and Mark Dorman had steered the team  to a handy 5-3 lead and looked like heading toward a comfortable victory. All that changed when rising star Matt Ljubic went on the offence against Bowen, winning an entertaining 5 set game 11-7 6-11 6-11 11-8 11-8 . In the 10th rubber current Victorian Country Womens Champion Kate Carmichael subdued an ever present Dorman in 3 sets setting up an exciting finish to the night.

Both sides have been in the premiership running all season and with the double chance on offer, the contest felt like a final. 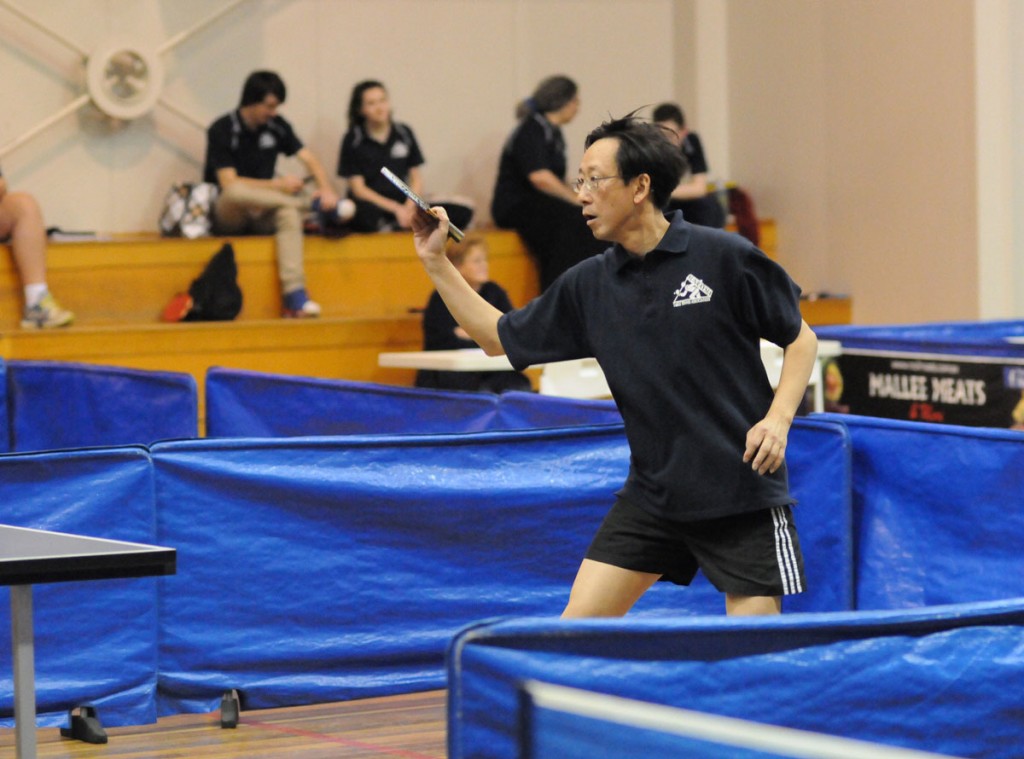 With Hung and Johns having a history of tense rivalry, the deciding match proved to be a tight affair with both players setting up defensive stroke play only to unleash big driving forehands in succession to gain the ascendancy. Johns had 3 set points in the second set only to let them slip. This would ultimately be the difference in a close result in which Hung would go on to win.

Mallee Bearings went into the rnd 9 match in 5th position and needed to make a statement against 4th placed Tankard Dental and given they had the healthier percentage, only needed a close victory to regain 4th spot.

However it was Joel Thomas for the second week in a row to put a stamp on the match with the highlight being a solid 3 set win over Aggregate leader Matt Avers 11-3 13-11  11-4. This was Avers first loss for the season and also a reversal on their previous head to head game in which Avers landed the bigger points. Thomas is currently coaching Avers with the youngster showing all the traits of a potential state level or better player and will take the loss as a learning curb.

On paper it read 1 v 6 but with Exposed Signage captain Gavin Carmichael absent whilst cruising the high seas off the east coast of Oz this contest was always going to be a close one.

Weightmans (6th spot) still had a mathematical chance of making finals and when Zac Healy and Leslie Ncube won the first doubles over Andrew Cannard and Nicholas Dorman, they went out to a 3-1 lead and game on!

Exposed Signage from that point slowly tightened the screws and led by super sub Andrew Cannard took the contest and finals hopes away from Weightmans Packaging winning 6-5.

With ‘Captain Richie’ back for rnd 10, top team Exposed Signage will face 2nd placed Regional Taxation Services in what promises to be an all out pre-finals slog.

No. 1 and 2 seeds on the team ladder, Mallee Bearings and Pinnacle Packers, consolidate their positions with a win each as the finals come to be just one round away.

Midgley, currently seeded second on the players’ aggregate, won all five of his matches tonight, two singles and one doubles, three of which were tight five setters.  His second and third players, Andrew Jones and Quentin Clark, each took a singles to give their side the winning seven games, Jones beating opposing Nick Barlow in three, 11-8, 11-7, 11-8, and Clark beating oppositions captain Arthur Paar likewise in three, 11-4, 12-10, 11-7.

With this win, Mallee Bearings consolidate their position on top of the ladder, staying just one games clear of second seed Pinnacle Packers.

Pinnacle Packers three players, Geoff Wright, Adrian Fox (who subbed for absent Brendon Alderton) and James Chick, were on top of their game as they each beat opposition’s Anthony Fox and Claire Ljubic never in more than four sets.  Though the doubles were a bit more of a struggle (both going to the fifth set), the Pinnacle Packers team were able to take them both for their side with captain Wright and no. 3 Chick overcoming Anthony Fox and Ljubic in in the first, 11-7, 11-6, 8-11, 12-14, 11-5, and Wright and Adrian Fox coming back from two sets down to beat captain Thanh Nyugen and Ljubic in the second, 9-11, 9-11, 11-3, 11-5, 11-6. 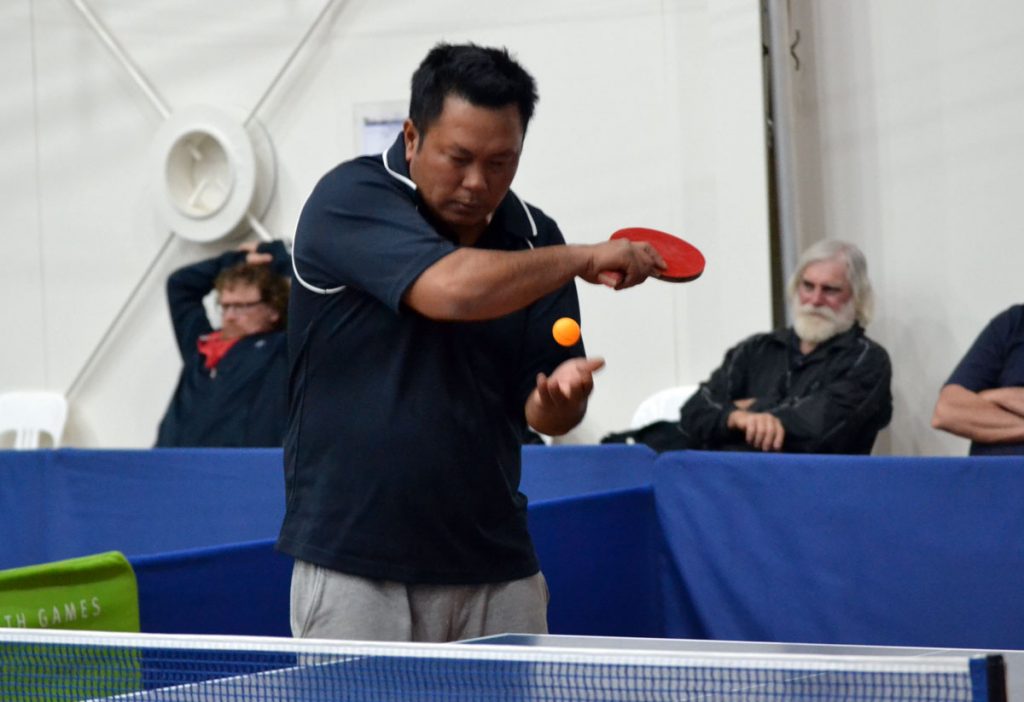 Had not Mallee Bearings won tonight, Pinnacle Packers would have overcome them as the aggregate leader.  As it is, they remain just one game behind them.

Tonight’s match against Max Miller Carpets and Mallee Meats was quite one-sided, with the former taking a strong 8-3 victory. 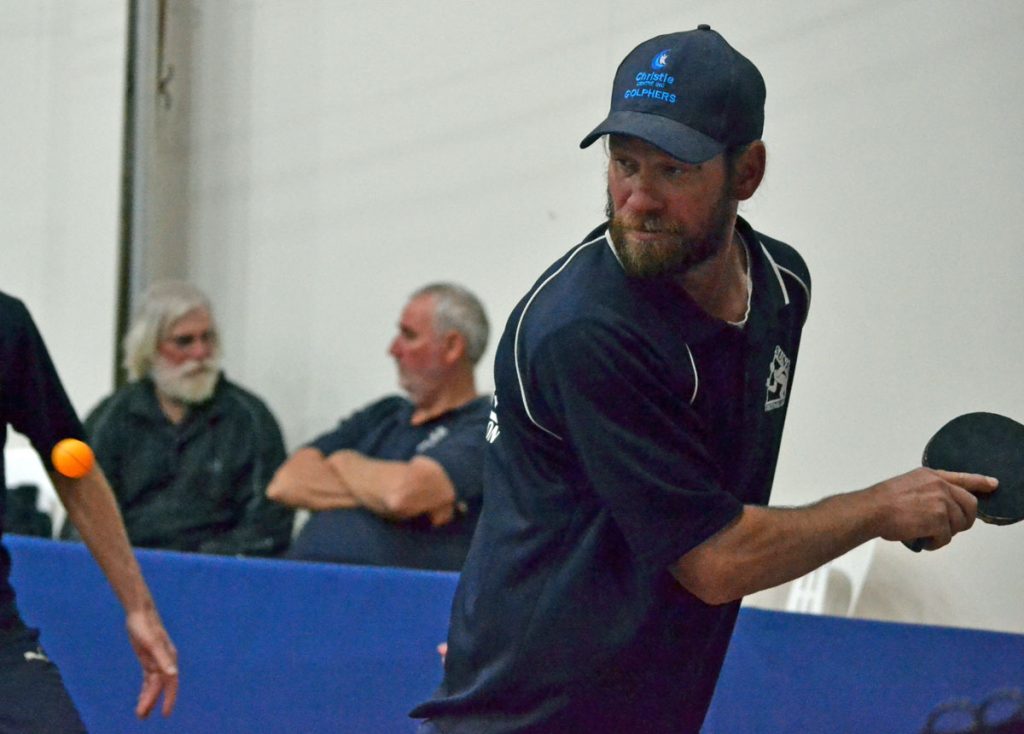 The table’s star player for the night was Max Miller Carpets’ third player, Tony Malycha, who won all his singles matches in four sets each.  He also, collaborating with no.2 Michael Hensgen, soundly defeated opposing captain Jason Gifkins and Mark Kerr (who was subbing for absent second player Geoff Peters) in the second doubles in three sets, 11-8, 11-9, 11-8.  Hensgen and captain Russell Walder both contributed two singles each to this score to give their team eight rubbers.

With both matches ending at 6-5, it looks to be a close final for Pennant Three.

After a 9-2 loss last week, Mallee Meats climbed to a satisfying 6-5 win over Weightmans Packaging.

Paul Fitzpatrick, who filled-in for the absent captain Jeremy Corrin, help Mallee Meats to their victory by winning all of his three singles, though failing in three sets to win the first doubles with no.2 David Sergi, losing it to opposition’s John Fitzpatrick and Huseyin Ismail, 8-11, 3-11, 8-11.

While playing as captains in the Mallee Meats-versus-Weightmans Packaging match, Paul and John Fitzpatrick also headed the two teams in this close match between Tankard Dental and Sammy’s Slammers, concluding with a like 6-5 result.

As on the other table, Paul Fitzpatrick was able to win all three of his singles for his side, though, unlike before, struggling against his brother John (who took the place of absent Sabrina Fitzpatrick), barely winning in five after dropping the first two sets, 14-16, 6-11, 11-9, 11-6, 11-8.

Despite only winning one singles match for his actual team on the neighbouring table, John Fitzpatrick was able to take two as the fill-in captain for Tankard Dental, beating both Cimino and Dunkley in four sets.  Morrison was also able to beat Cimino and Dunkley though not quite as easily, finishing them off in five each. Kiapekos displayed good form also and, despite going down to Cimino in five, was able to overcome Dunkley after another five-set struggle, 12-10, 5-11, 11-7, 5-11, 11-5.

Sat Nov 25 , 2017
Peter Midgley and Denise Henderson were added to the Stta’s honor roll after both giving outstanding service to Sunraysia Table Tennis. Both were presented with life memberships in a night full of surprises The presentations started with Shirley Whitecross receiving the good sport award of 2017   Here with  Darren […] 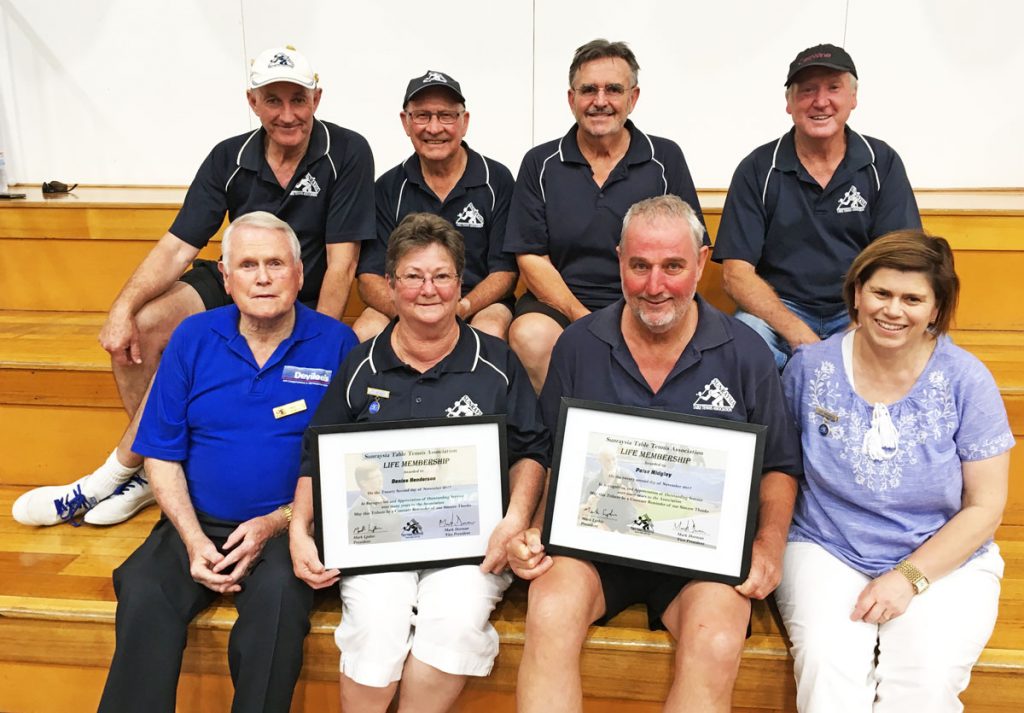