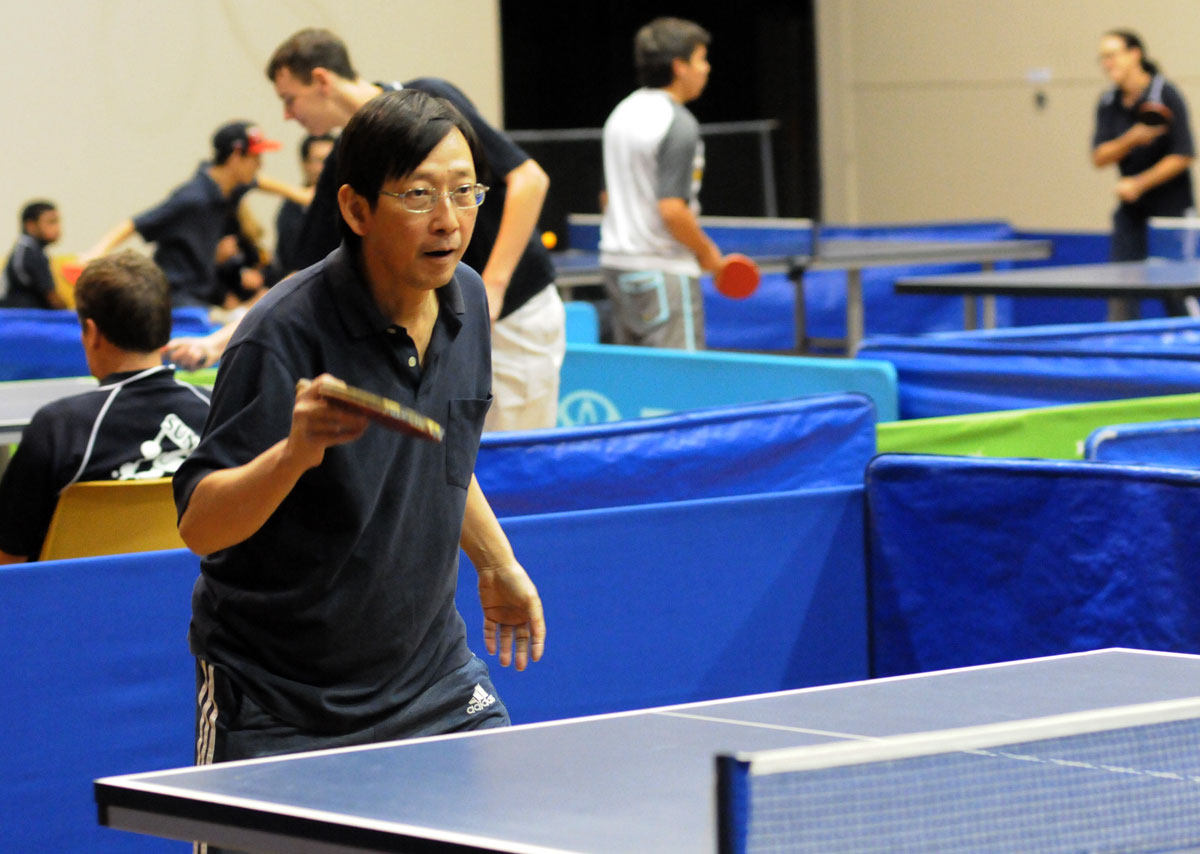 With both of the undefeated teams, Tankard Dental and Weightmans Packaging losing their matches in round three of the Sunraysia Table Tennis summer pennant the ladder has now tightened up as both Mallee Bearings and Dunkley Scales  were victorious recording their first wins of the season. There is now only one win separating first to sixth.

After two comprehensive wins to start the season Tankard Dental this round were always playing catch up against Dunkley Scales who were winless going into this match. 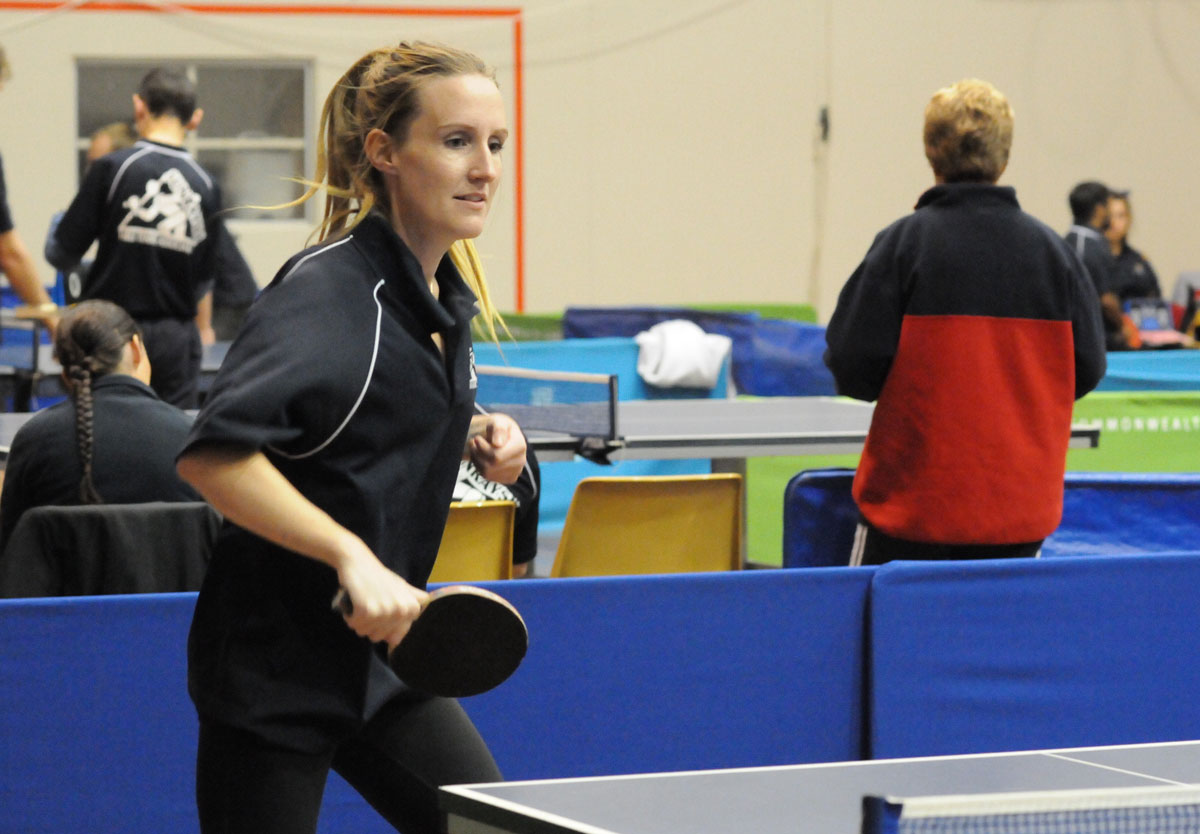 Despite Kate Carmichael again winning her three singles for Tankards to continue her excellent start to the season her team went down 5-6. Carmichael shares the singles aggregate lead with Rick McMeekin and dad Gavin Carmichael all suffering one loss from nine matches.

For the victors, Dunkley Scales Ed Hung played well to win two singles as well as the doubles he participated in. His form of late has been very solid and his five set win over young gun Nicholas Dorman was a highlight. With the scores at five rubbers all Hung survived a tough four set match against a determined Cole Keegan winning 9-11 11-9 12-10 11-5. This enabled Dunkley’s to grab their first points for the season.

Victory in both doubles was also crucial for Dunkley’s in a close result.

With Rick McMeekin in excellent form on the stage court, Max Miller Carpets were able to defeat Weightmans Packaging 6-5, the first loss for Weightmans. McMeekin breezed through his three singles and it was probably youngster Bernadette Fitzpatrick who gave him his toughest match. McMeekin outclassed opposing number one Gavin Carmichael in three sets. His team mates Graeme O’Neil and Geoff Wright won a singles each and victory came despite not winning a doubles. 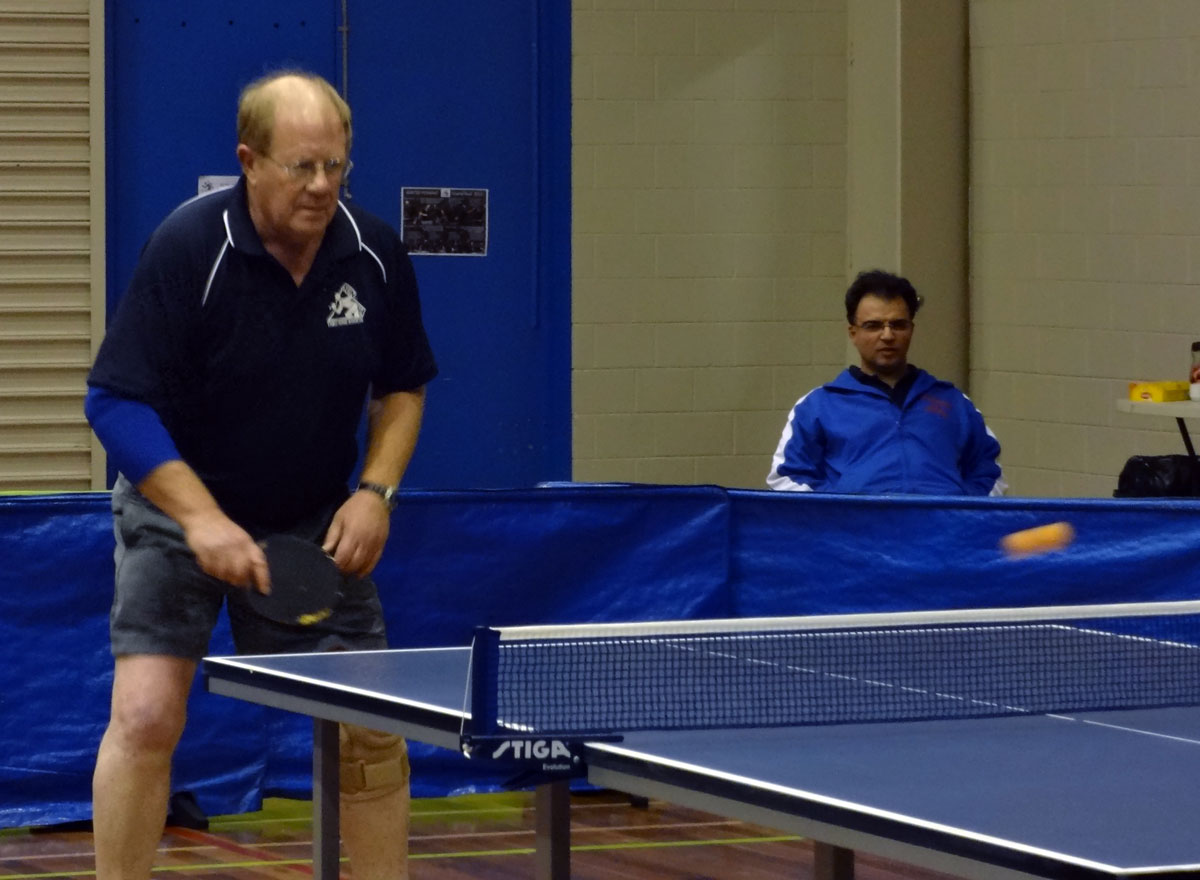 Despite Wayne Carmichael taking his place in the Fishers IGA team for the first time this season and winning three singles on centre court, it was not enough as Mallee Bearings recorded their first win with a 6-5 victory.

Mallee Bearings skipper Mark Ljubic played a key role for his team winning two singles and he also took part in two doubles victories. Team mates Kevin Johns and Leon Brown chipped in with a singles each to play their part in their teams’success. 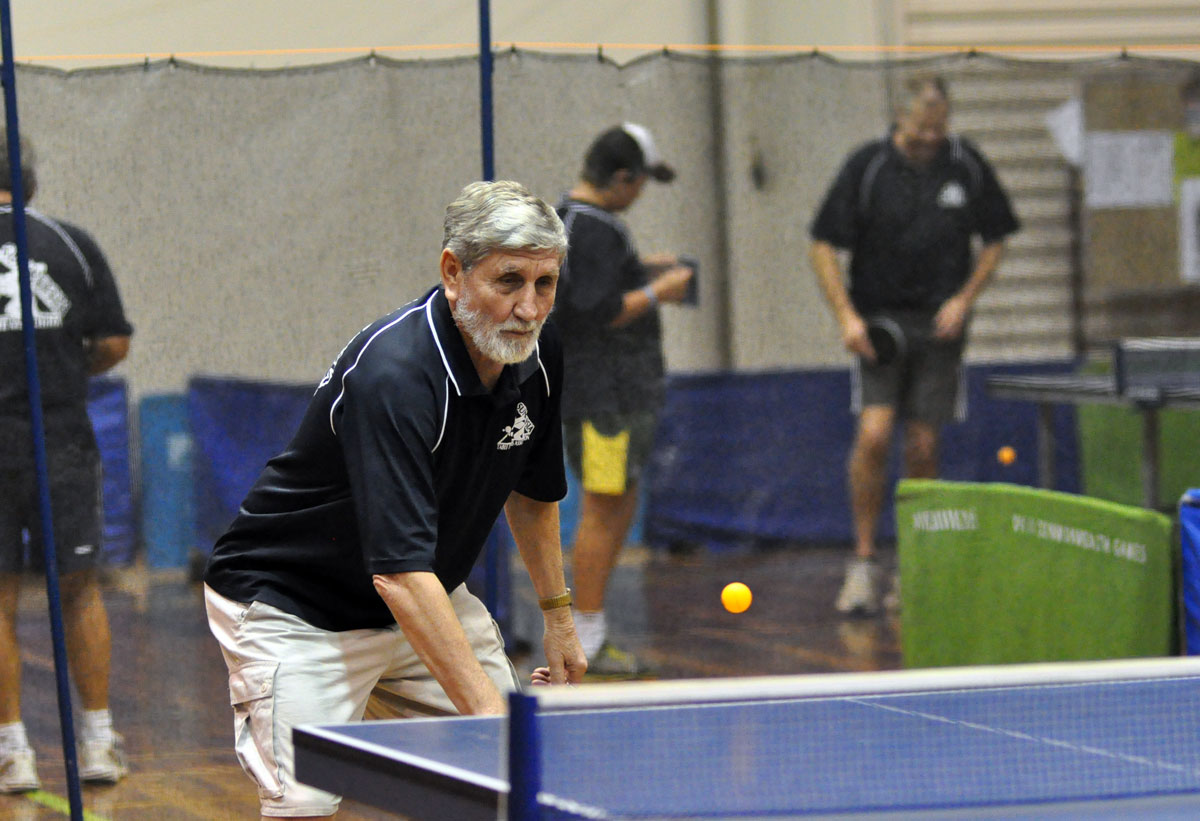 For Fishers veteran Arthur Paar played well winning two five set matches however it was the inability of his team to grab a doubles which was costly.

Fishers IGA, Max Miller Carpets and Mallee Bearings all took wins this week, and once again there was not much between being on the winning side and the losing side.

Weightmans Packaging captain Reece Kurrle was the dominant player in this game, but his three singles wins and one doubles was not enough to get his side home.  In fact, the Carpeters had this won after the ninth rubber. 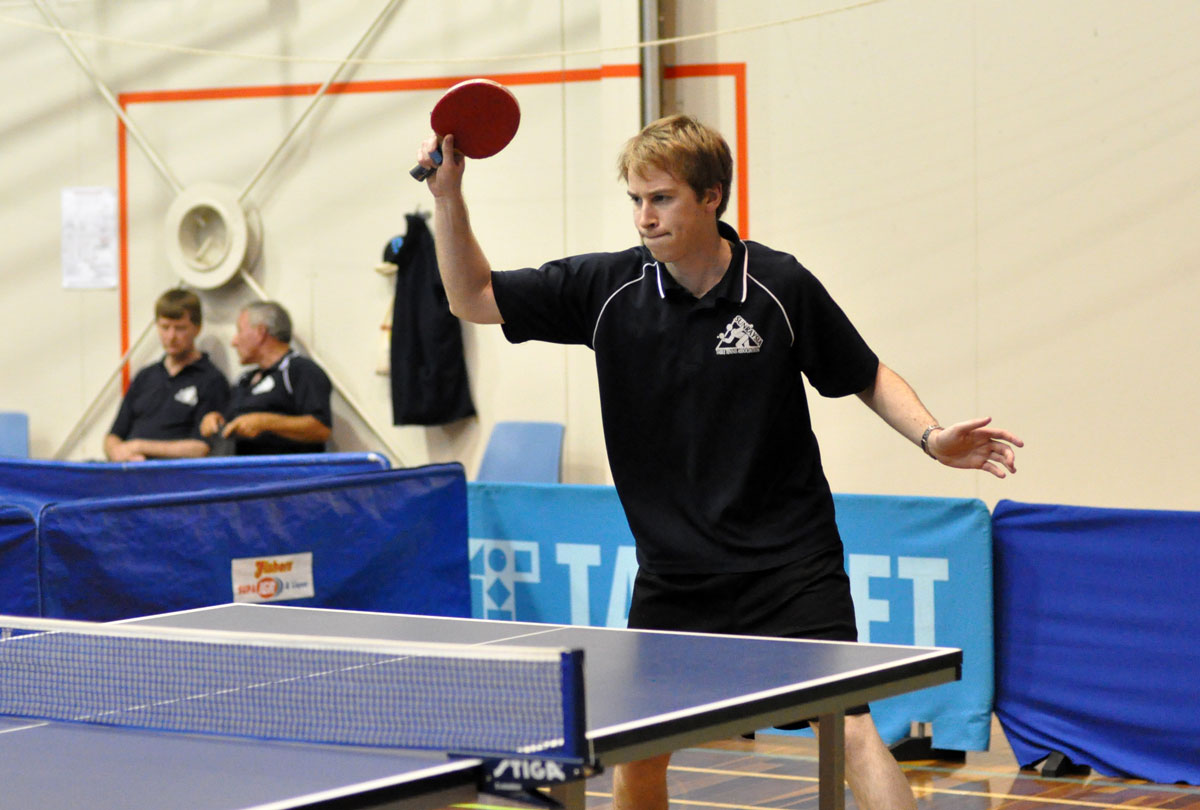 Aidan Moore and Andrew Alderton took wins over Jeremy Corrin (subbing for Seval Fuat) and Kumail Jaffry, and number three Peter Edwards also defeated Jaffry to give his side five singles rubbers to add to the first doubles.  In that match Moore and Alderton had to come back from two sets to love down to win 8-11, 8-11, 11-7, 11-1, 14-12.

Kurrle kept the score ticking over for his team; he and Corrin took the second doubles in three sets over Moore and Edwards to give their team just three rubbers at that stage.  And although Corrin and Kurrle took the tenth and eleventh rubber, it was not enough, going down six rubbers to five.

Josh Carmichael, after missing the first two rounds of competition, led his team to victory against Pinnacle Packers.

Carmichael was in good form, winning his three singles and helping his team-mates to victory in both doubles.  His team-mates responded by each taking a singles win to boost their tally to seven rubbers by the end of the match. 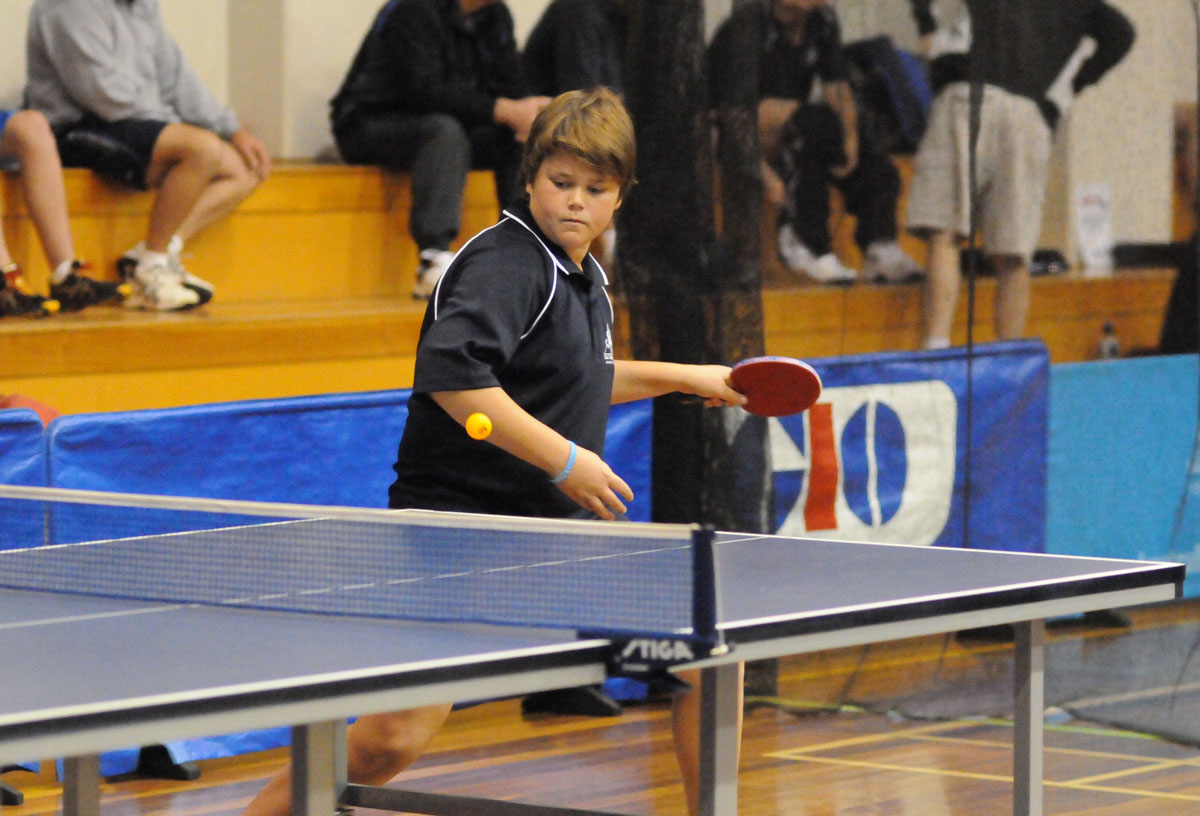 Carmichael played himself in … each of his singles wins were in four sets, and the doubles both went to five.  In the first doubles he and Karly Leach had their hands full with Tony Malycha and Rachel Fitzpatrick, taking the fifth 11-8.  Later, he and Peter Mikhaeil gave Malycha and Glen Bell two sets start 8-11, 6-11 before they got going.  They took the last three 6, 7 and 9.

For Pinnacle Packers, both Malycha and Bell defeated Mikhaeil and Leach, but that was as many rubbers as their team could get.  Losing both doubles hurt them, and Rachel Fitzpatrick was close to getting the last rubber from Peter Mikhaeil, Mikhaeil winning that on 11-5, 12-14, 10-12, 11-5, 11-8.  So whilst this was a 7-4 win, Pinnacle Packers were not too far away.

Fishers IGA took this win on the back of solid performances from Arnold Jago and (particularly) Geoff Peters.

But didn’t I mention Geoff Peters?  Well, yes, and the best is kept till last.  Even after losing the second doubles, at which point the score was four rubbers all, Tankard Dental still fancied their chances of a win.

The final round of singles was Jago v. Hosking, Peters v. Avers and Corrin v. Fitzpatrick.

Tankard’s were prepared to concede the Jago/Hosking match to Fishers, but reckoned that Avers and Fitzpatrick would be too good for Peters and Corrin.

Well, Arnold did beat Brian, but only after Hosking gave Jago a fright in the first, taking it 11-6.  Arnold got himself together again immediately, and took the next three 2, 5 and 5.

Next was Geoff Peters v. Matt Avers, and Tankard’s were confident that the young Avers could add Peters to his list of scalps.  Geoff wasn’t so sure of that, after losing a scrappy game earlier in the night to Peter Fitzpatrick and threatening to take up lawn bowls, he was in no mood for a friendly game against a younger opponent. 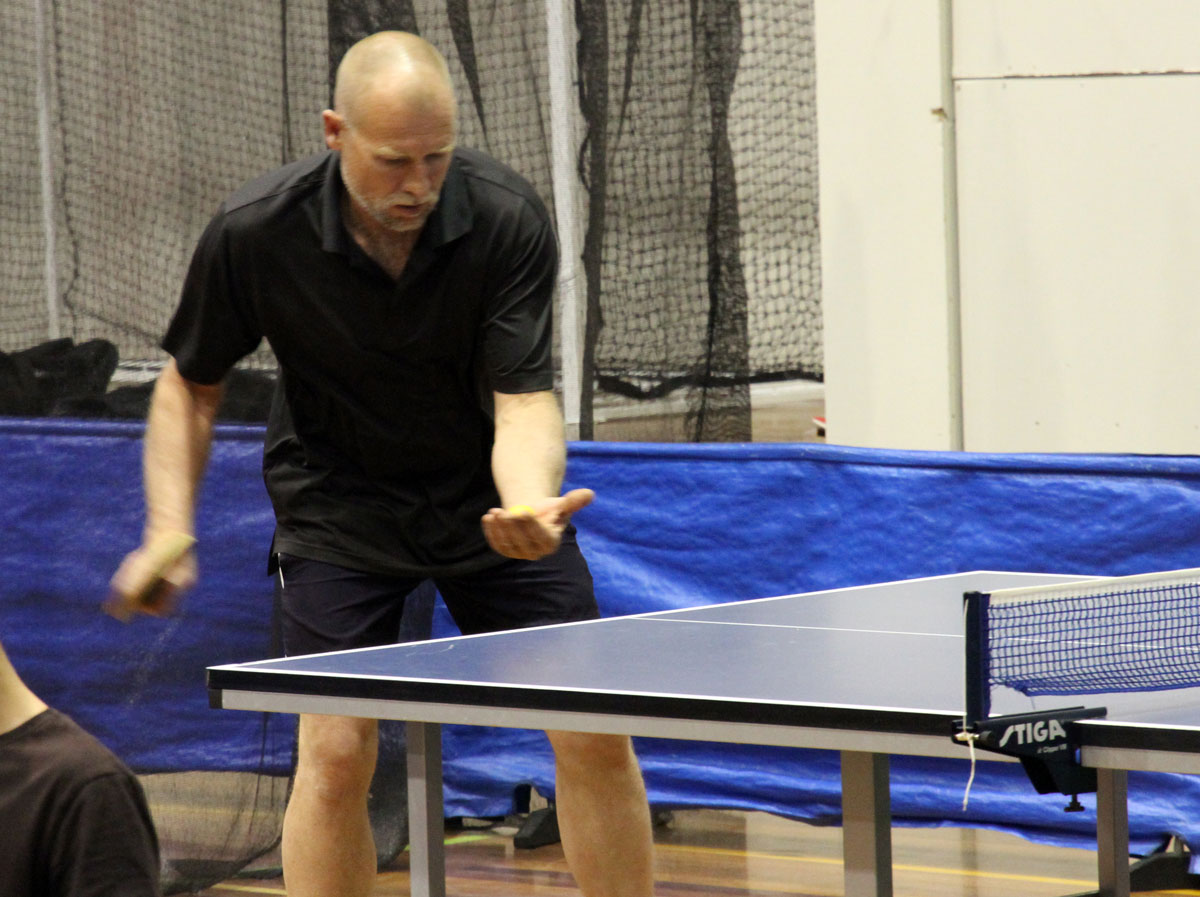 That gave the win to Fishers, and a well-deserved one at that.

Two close matches this week – both winning teams had to come from behind to secure victory.

Both sides were sporting fill-ins this week; Ajay Chowdrey was replaced by Colin Moore in the Dunkley Scales lineup, whilst over at Mallee Bearings Chelsey Avers played for an absent Sonya Shalliker.

That is where the challenge by Mallee Bearings effectively ended.  Dunkley Scales took the last four rubbers to run out winners seven rubbers to four.  Like the first doubles, the second also went to the Scalers – Colin Moore and Kim Avers too good for Paul Fitzpatrick and Chelsey Avers; the win coming in four sets.  Added to this was a further singles win to each; 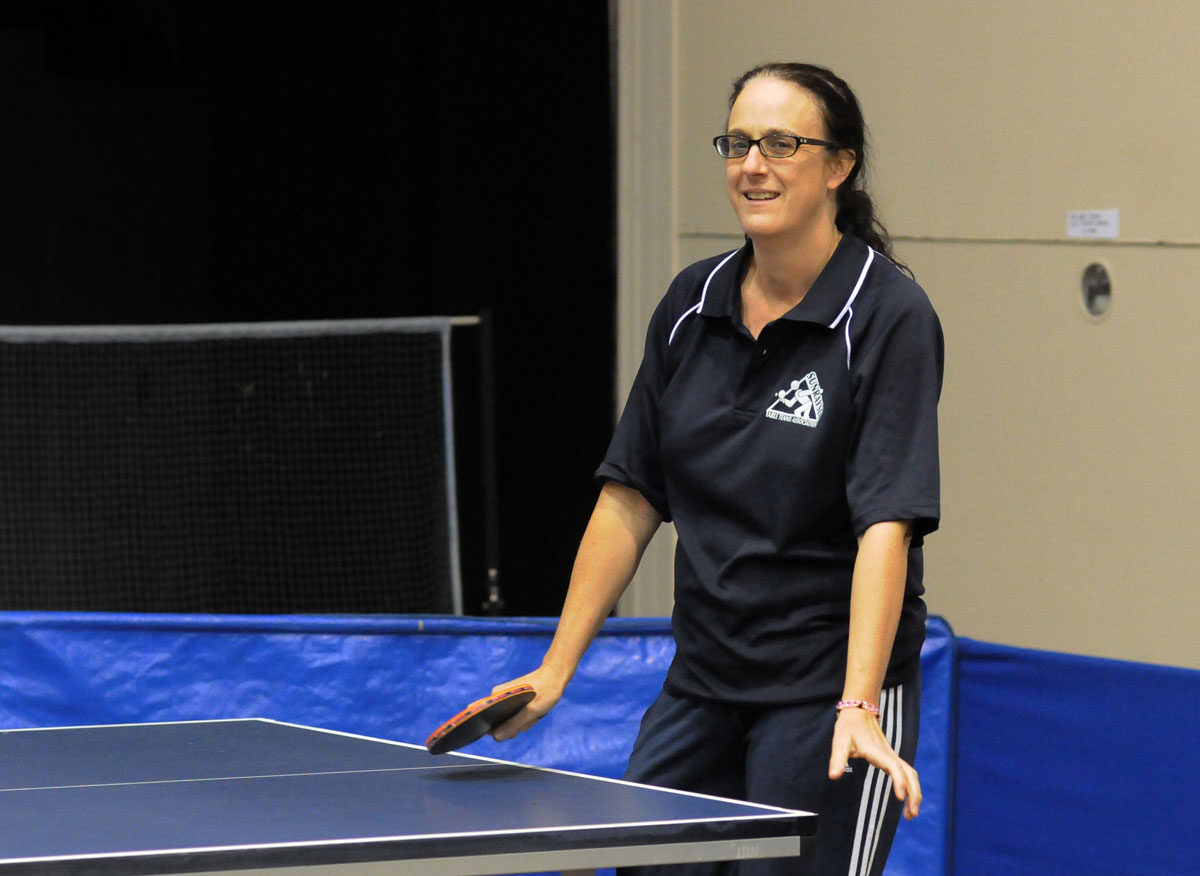 Despite taking three singles wins, Weightmans Packaging’s Sabrina Fitzpatrick was unable to secure victory for her side in this match against Fishers IGA. 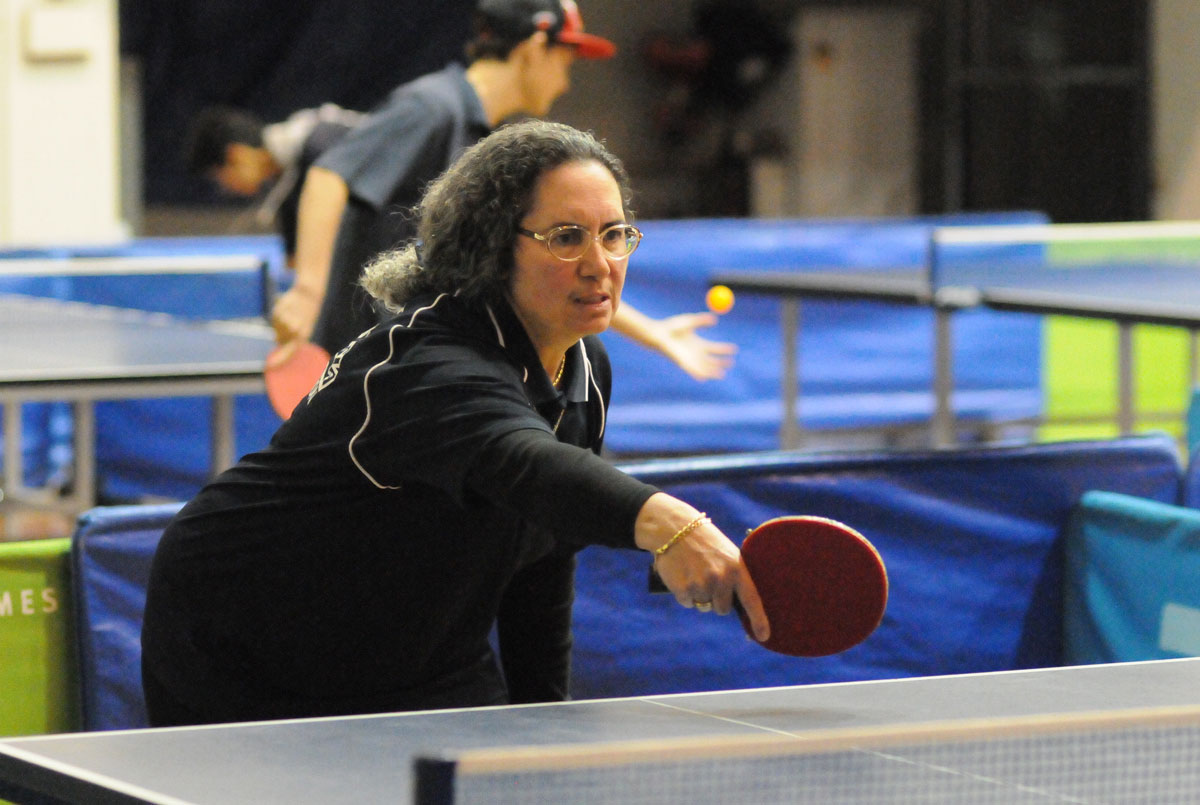 Sabrina almost let the game slip, but kept Mick at bay to take the last 11-7.

And with the score at five rubbers all, Shirley Whitecross, after dropping the first set 10-12 to Stephan Ljubic, played well to take the last three 6, 7 and 10 to give her side the win.

For Fishers IGA, both Mick Bacon and Quentin Clark took two wins, and Bacon and Whitecross the second doubles in four sets.