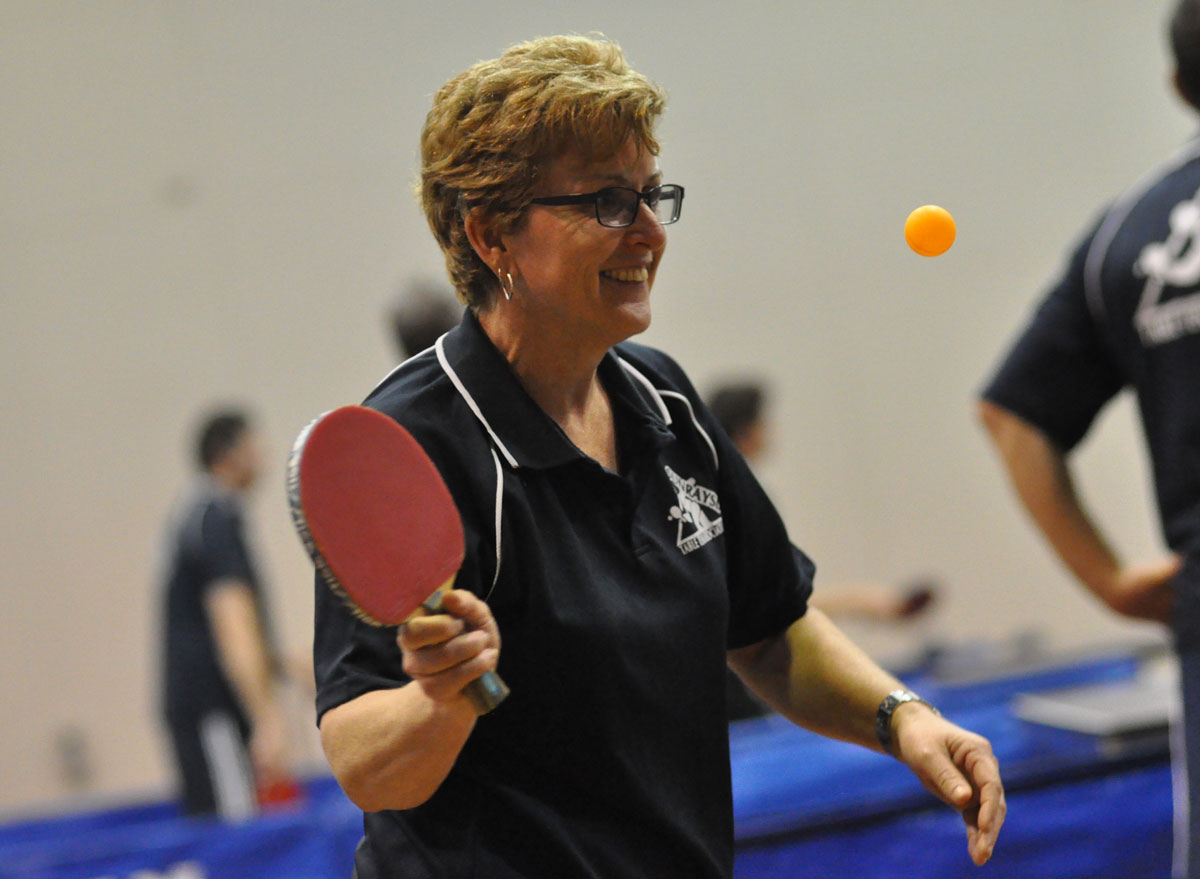 Lee Thomas has had a very good Summer season proving to be vital support for Wayne Carmichael and Arthur Paar. Solid form against tough opposition over the past 2 rounds has helped keep Fishers IGA on top of the ladder.

After sitting on the bottom of the ladder for the first three rounds of the Sunraysia Table Tennis summer pennant, Mallee Bearings have strung together three wins in succession and now occupy third place on the ladder with a three-two win loss ratio as all the teams in the top four do. With five rounds to play an even season looms as teams jostle for the top two positions on the ladder.

In round five matches Mallee Bearings had a comprehensive 8-3 win over top team Tankard Dental on the stage court. 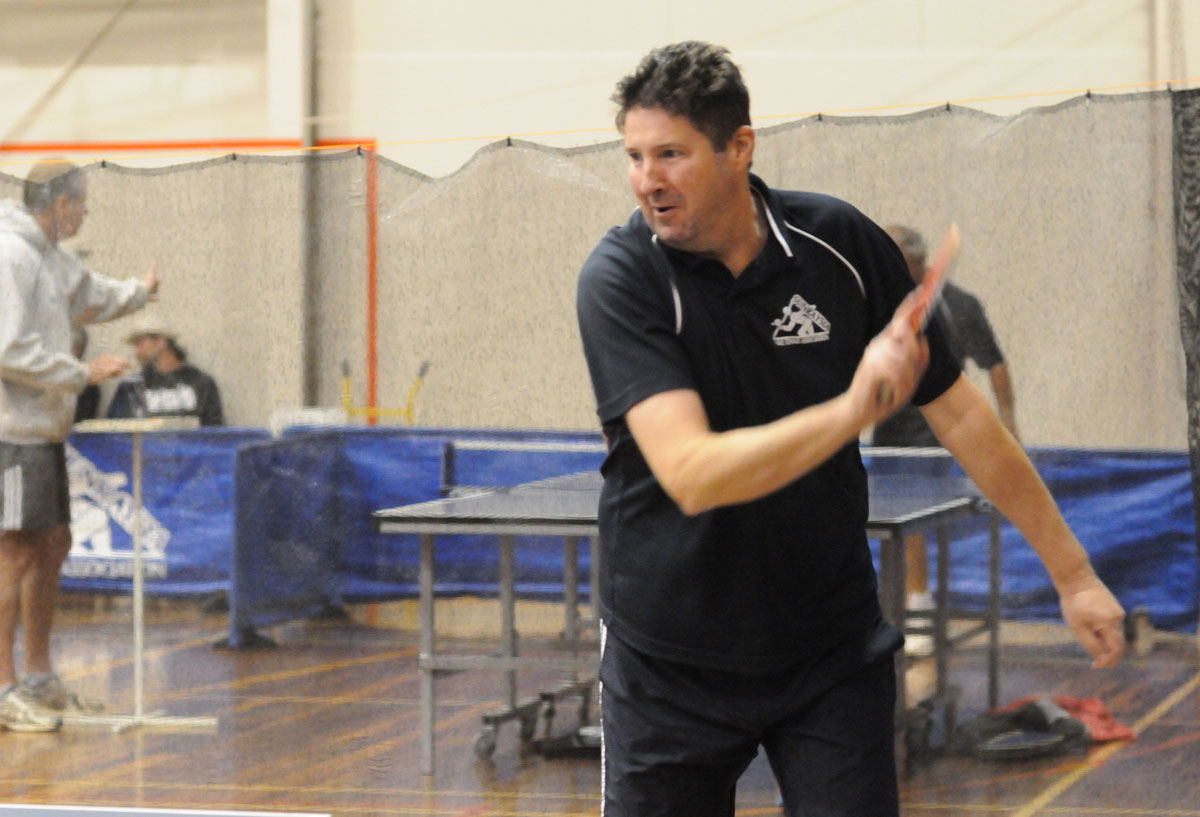 Both Mark Ljubic and Kevin Johns were in top form winning three singles against their young opponents who had been in good form themselves. Over the past two rounds Ljubic and Johns have only lost one singles each.  This round Johns won two tight five set matches against Nicholas Dorman and Kate Carmichael as did Ljubic against Dorman. Ljubic and Johns also combined to defeat Dorman and Carmichael in the first doubles to guide their team to victory.

Fishers IGA have moved to the top of the ladder by percentage with a 6-5 win over Weightmans Packaging on centre court. After a late start to the season, due to a cruise on the high seas, Wayne Carmichael showed he is in good form again winning three singles to remain undefeated in the three rounds he has played. 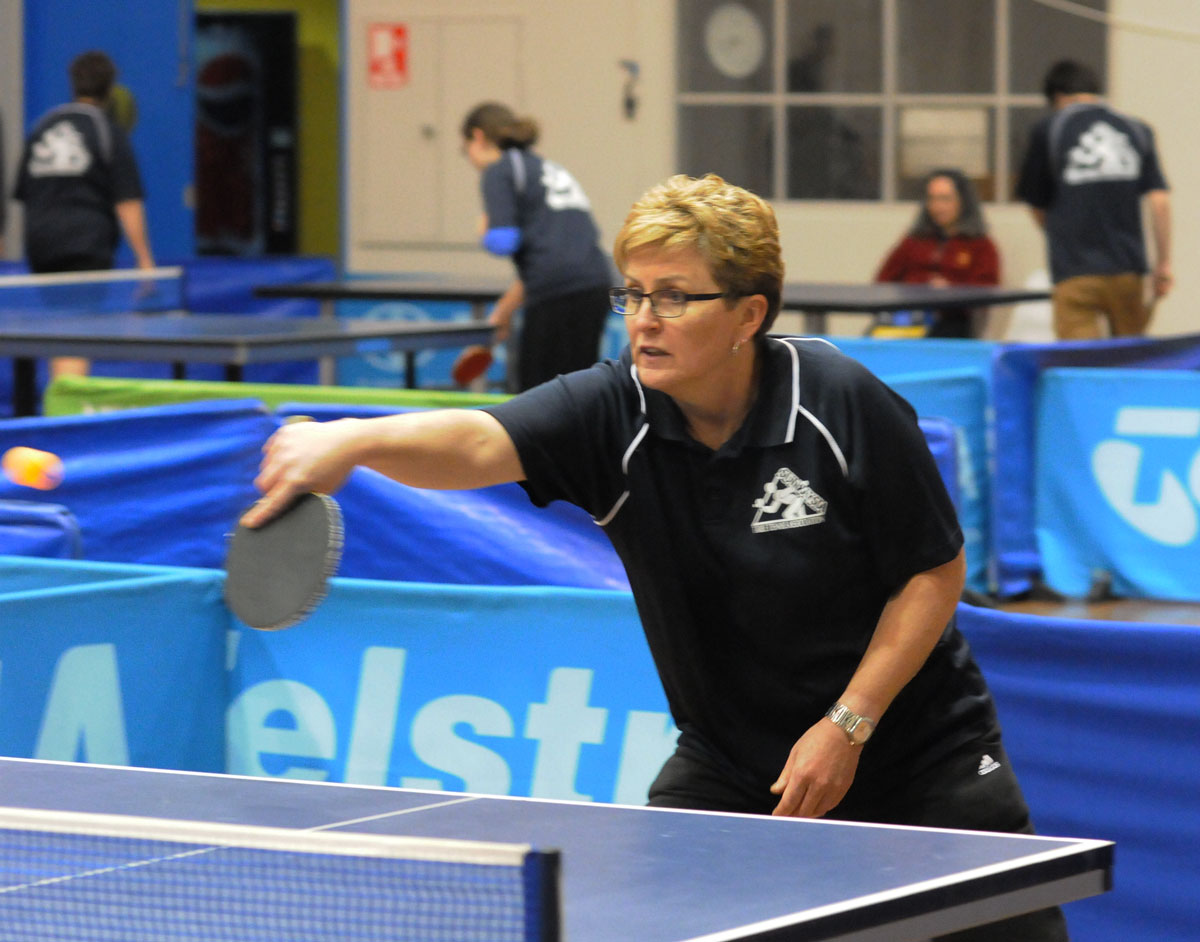 The difference between the two teams in this match was the form of Lee Thomas who has been working hard on her game recently. For the second round in succession “Lethal Lee” won two singles accounting for both Peter Midgley and Peter Bishop in straight sets. She also combined with Wayne Carmichael to defeat Gavin Carmichael and Peter Bishop in a match defining five setter 11-5 12-10 7-11 6-11 11-9.

In a thriller the match between Max Miller Carpets and the unlucky Dunkley Scales, played on the grand stand court, went right to the wire with a busy Peter Bishop, filling in in two matches, accounting for Ash Morrison, who was also playing in two matches, in the final singles of the night 11-6 7-11 5-11 12-10 12-10. 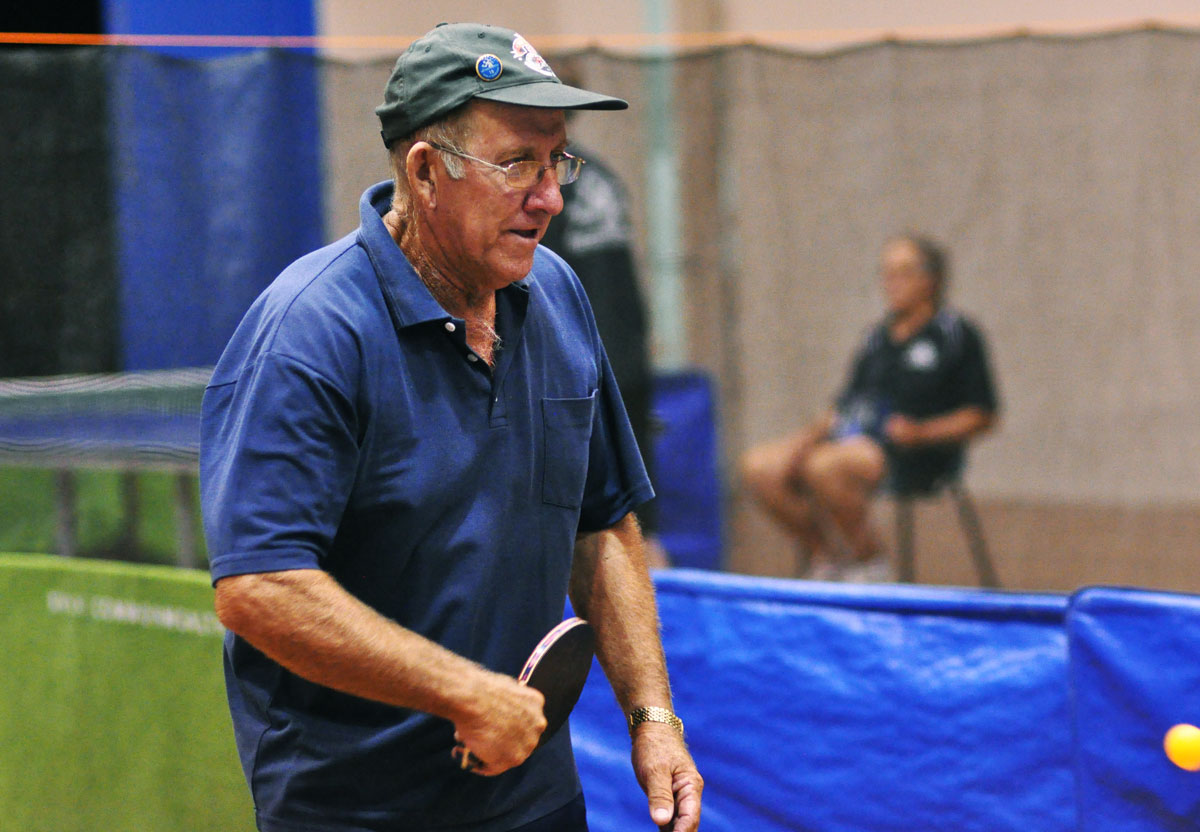 This win by Bishop gave Max Miller Carpets victory by six rubbers to five. Not only had Morrison lost this match narrowly, his team had also lost both doubles again amazingly 10-12 in the fifth. For the Carpeters Rick McMeekin continued his good form to win three singles as well as participating in both those doubles victories.

Dunkley’s have now lost three matches by the narrowest of margins and whilst they sit on the bottom of the ladder with an ounce more luck they may not be out of the race at the halfway mark of the season.

Jessica Dorman once again filled-in for Peter Fitzpatrick in the Tankard Dental side, but Weightmans Packaging had two regular players away – Seval Fuat was replaced by Campbell McKenzie (up from Pennant Three), and Sam Hensgen subbing for Kumail Jaffry.

Tankard Dental had control of the game throughout – Matt Avers once again took three singles wins, and this sees him two games clear at the head of the aggregate table.  Avers was hardly extended, even against his opposite number Reece Kurrle he finished the game in just three sets. 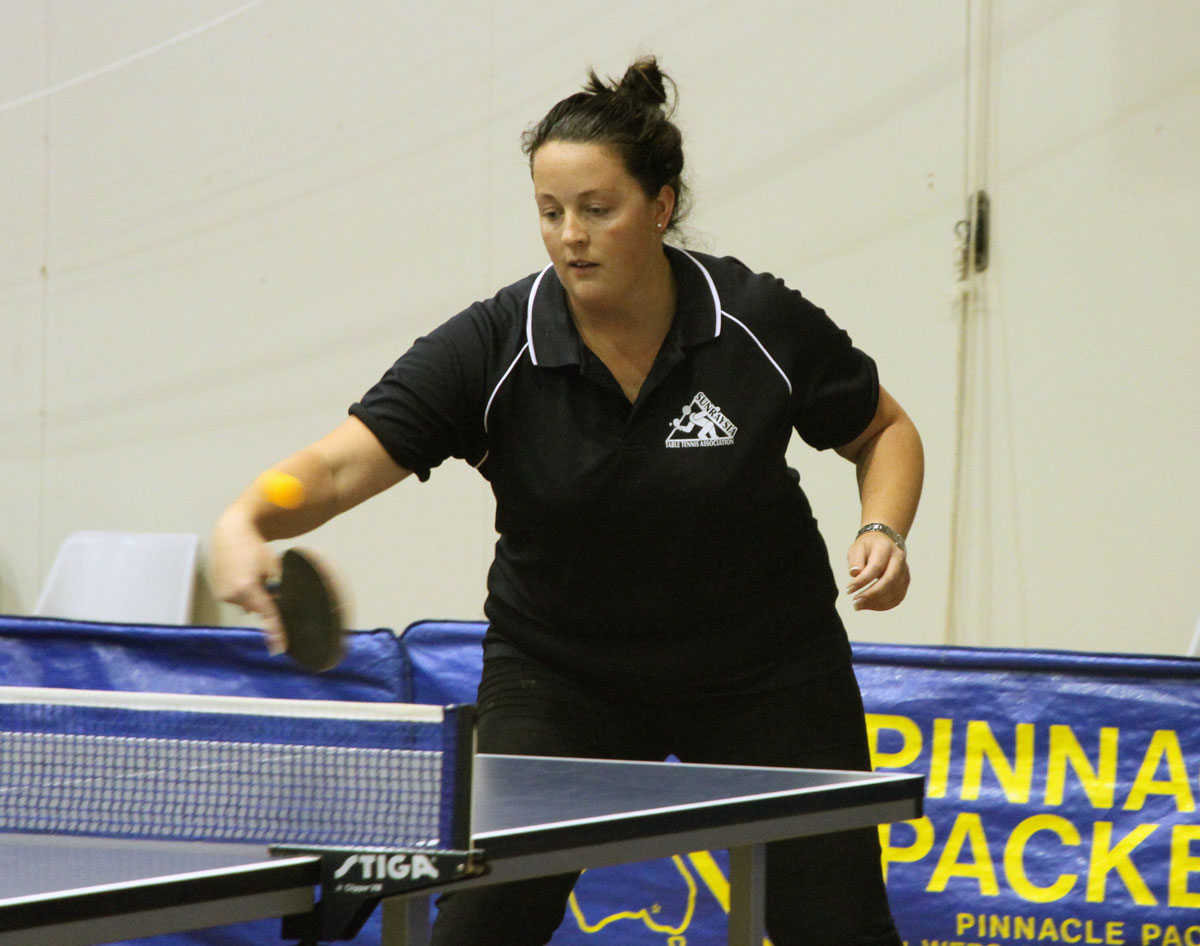 Jessica Dorman once again took two singles wins (in three sets against Hensgen, and after a tussle with McKenzie, won in five); only losing out to Weightmans captain Kurrle.

Brian Hosking also took a win, this against Hensgen in straight sets.

Tankards took the first doubles go make the numbers for their win.  In a tight contest Avers and Dorman edged out Kurrle and Hensgen in three sets 11-9, 13-11, 15-13.

Mallee Bearings picked up their second win for the year in this game with Max Miller Carpets.

Led by Terry Martin (subbing for Josh Carmichael) scoring three wins, Brendan Alderton with a season-best two wins, and Karly Leach picking up one, the team had enough rubbers from singles victories to claim the win. 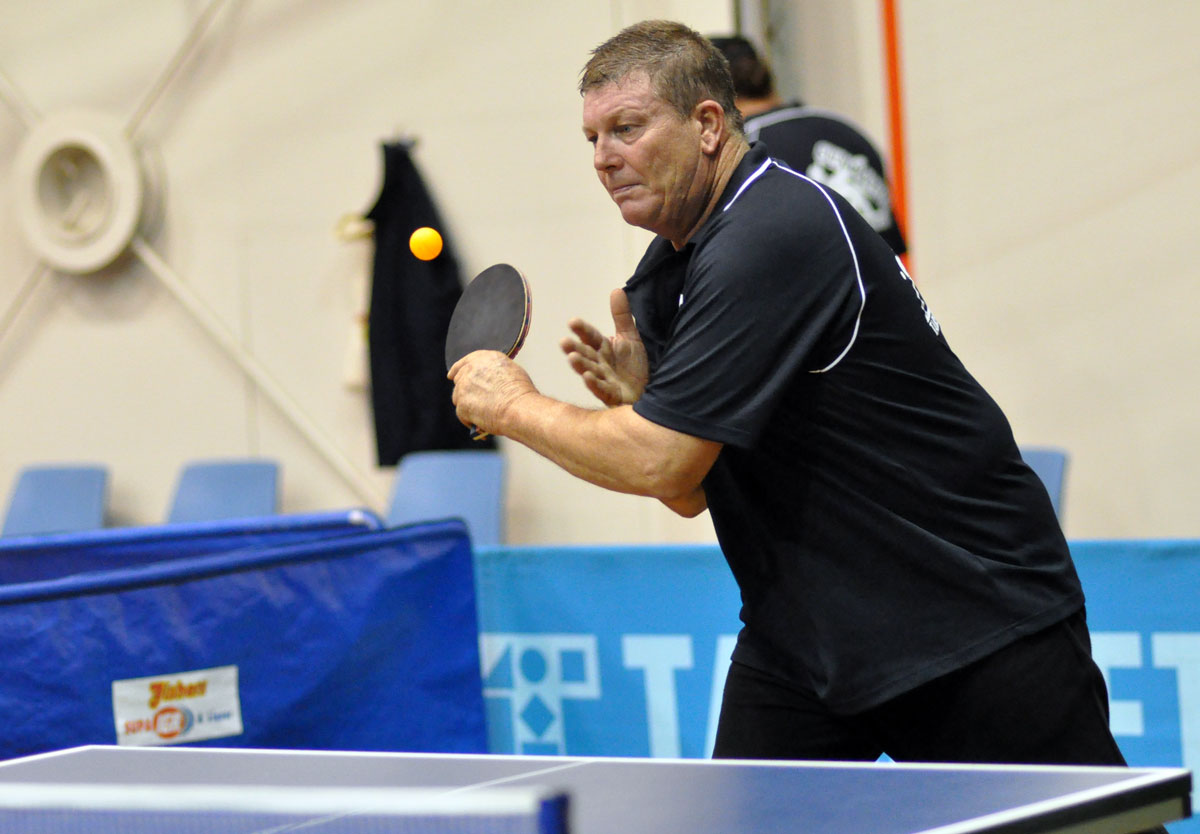 Once again Martin was untroubled in his three wins – he only dropped one set, and that was against opposing captain Aidan Moore.  Brendan Alderton defeated brother Andrew in straight sets, and later did the same against Peter Edwards.  Leach, likewise, picked up her win against Edwards.

Both doubles contest were over in three sets, both sides taking one.  Martin and Alderton defeated Moore and Edwards 4, 8 and 9, and earlier Moore and Andrew Alderton downed Martin and Leach 3, 4 and 7.

Both sides had fill-ins for this contest.  Jeremy Corrin was absent from the Fishers IGA lineup, replaced by Brendan Alderton doing double duty.  And Rachel Fitzpatrick had Peter Kelly play for her in the Pinnacle Packers team. 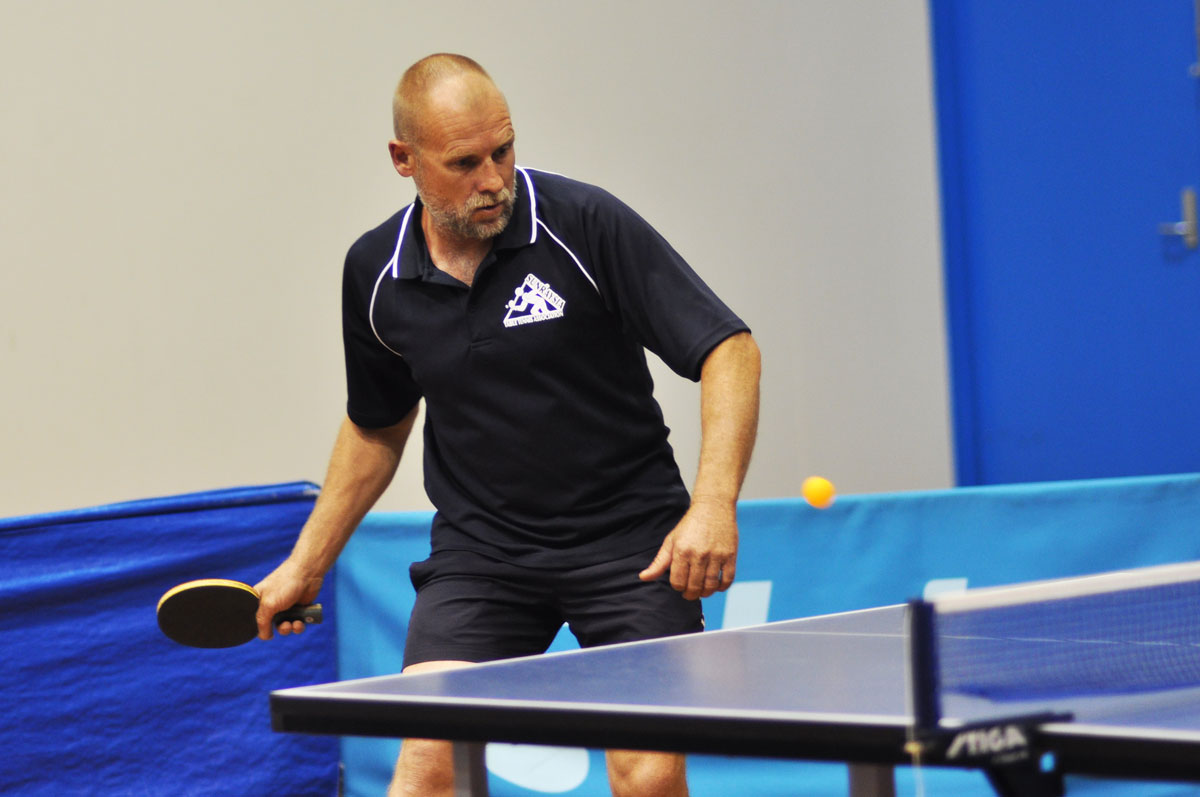 Brendan Alderton contributed one – this against Kelly.

For Pinnacle Packers Tony Malycha took two (against Arnold Jago in four, and against Brendan Alderton he found a difficult opponent, but winning in five), and Bell took one (also against Alderton in four sets).

Dunkley Scales had a big win in this round over Weightmans Packaging and remain at the head of the ladder, whilst Pinnacle Packers move to second outright after victory over Fishers IGA.

The Scalers dropped only one rubber in the entire match, in which only three rubbers went beyond three sets.

Captain Ajay Chowdhry dropped only one set on his way to three singles wins, likewise Hamish Clark, subbing for John Fitzpatrick.  Playing at number three, on any other night, Kim Avers would be happy with two singles wins, but on this night, it was a case of “only two”.

Both doubles went to the winners, the second was determined in three sets, but the first doubles, between Chowdhry and Clark against Colin Moore (filling in for Sabrina Fitzpatrick) and Helen Frania was a good contest.  Moore and Frania took the first two sets 12-10, 11-5 and were looking good, but Chowdhry and Clark fought back to take the next three 11-8, 11-6, 12-10. 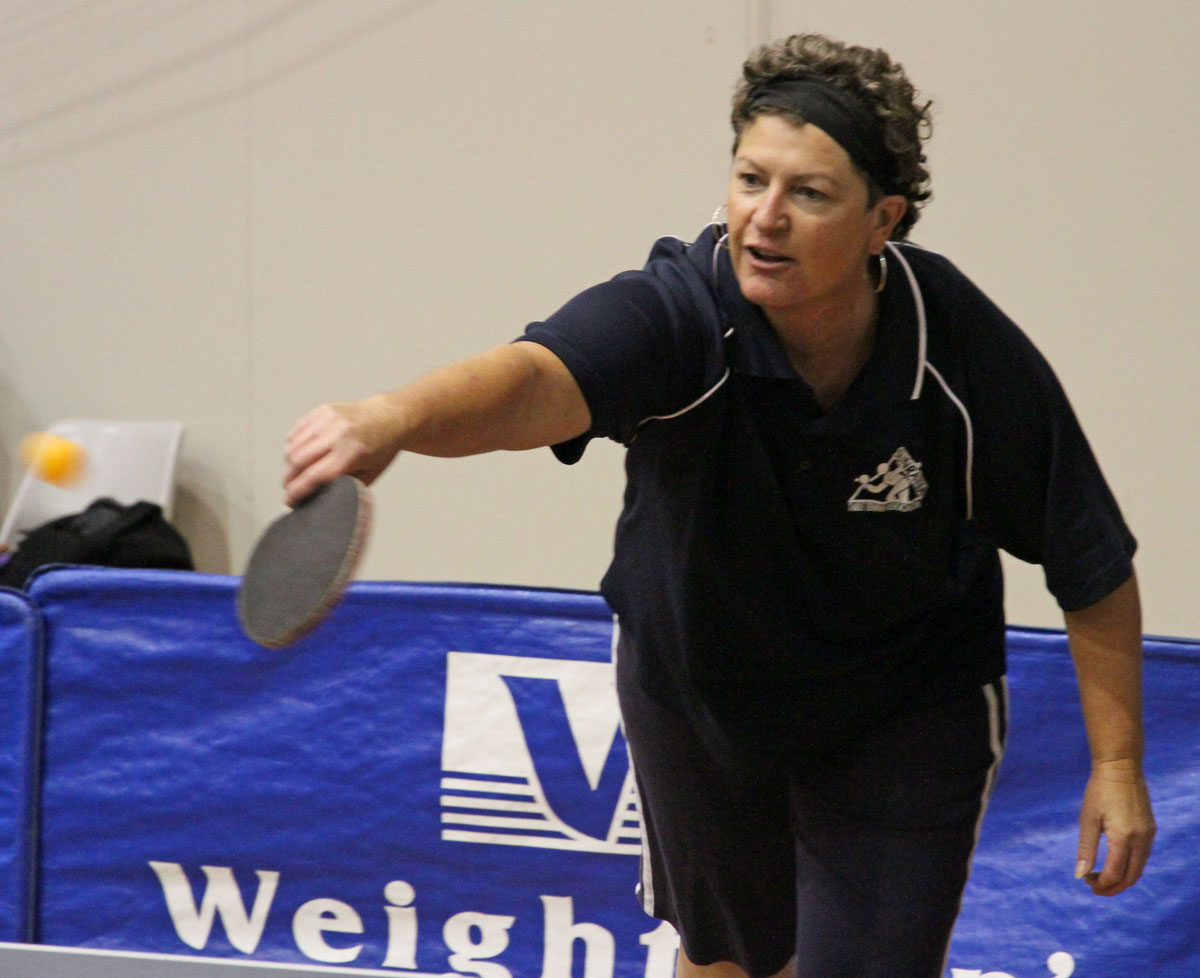 Only Helen Frania could prevent a whitewash for Weightmans.  Playing the second last rubber, and the score at that stage 9-0, Frania met Kim Avers, and playing her usual style of talkative table tennis, Helen disposed of Avers 11-4, 11-9, 11-2.

Pinnacle Packers were fortunate to have the services of Ajay Chowdhry in this contest with Fishers IGA.  Chowdhry subbed for the absent Peter Mikhaeil and promptly scored three singles wins to give the Packers a 6-5 win.

The match was even throughout, and was decided in the final round of singles.

Chowdhry was assisted by Cambell McKenzie, who also scored three singles wins, and it was these rubbers alone which got the Packers their win.

Chowdhry had to work hard for his wins – both Shirley Whitecross and Mick Bacon took him to four sets, and Kerry Wallace (subbing for Soyel Zahidi) ran him to the wire before conceding 11-9 in the fifth. 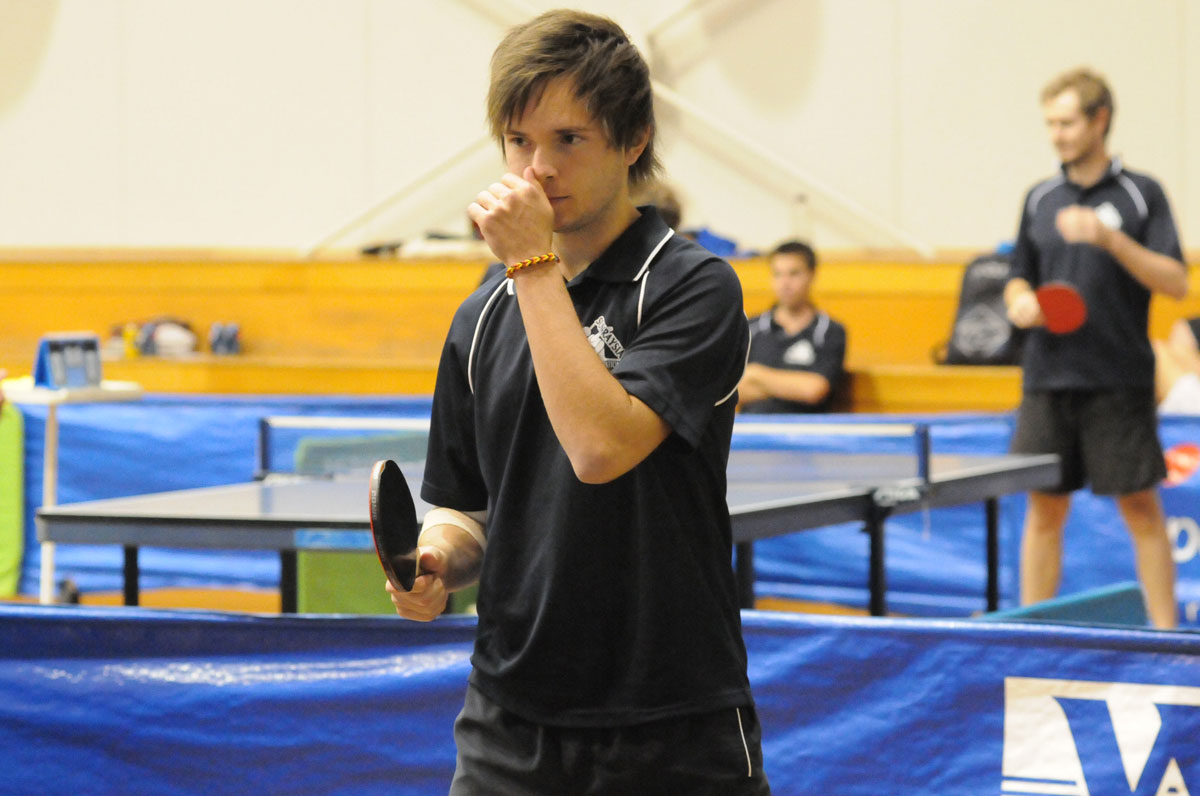 McKenzie, in fact, did it much easier – he dropped only one set in his singles competition – this to Mick Bacon.

All the Fishers players took a win over the Packers Grant Stone, and importantly, kept themselves in the contest by taking both doubles.  McKenzie and Stone were defeated in three sets, and surprisingly, for two players playing so well in singles, McKenzie and Chowdhry were also defeated in straight sets in the second doubles, when they met Bacon and Whitecross – going down 2-11, 7-11, 4-11.

An indication of the closeness of the match is that Fishers, in losing, scored more games than the winners.